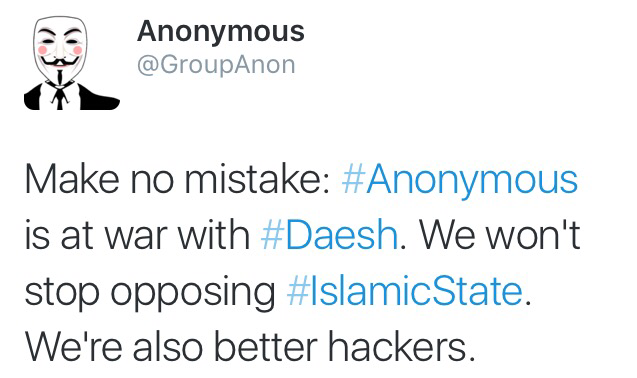 Following the video released by Anonymous, ISIS has hit back, calling the group “idiot.”

“The #Anonymous hackers threatened in new video release that they will carry out a major hack operation on the Islamic state (idiots),” said and ISIS-linked account, according to Business Insider.

But as of this morning, OpParis, an Anonymous subgroup, reported that more than 5500 Twitter ISIS account are now down.