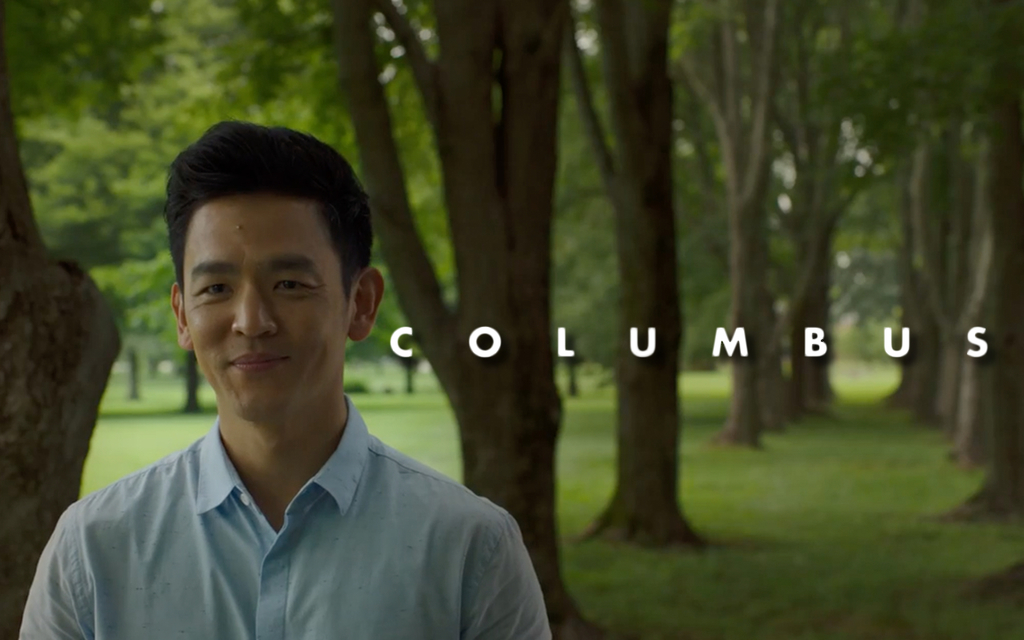 Vancouver Asian Film Festival is turning 21 this year. CHOPSO seizes the opportunity to interview founder Barbara Lee and festival director Grace Chin on the 21st edition of the festival which opens with Columbus starring John Cho on Nov 2 and will play Justin Chon’s Gook as the Centerpiece Presentation.

C: Can you talk about this history of Vancouver Asian Film Festival being the oldest Asian film festival of its kind in Canada?

BL: The idea for the festival came to me in late 1995, after I attended the Seattle Asian American Film Festival. I had just completed my first short and was excited to submit to a similar Asian film festival in Vancouver. I was highly disappointed to discover that given Vancouver’s large Asian population, no such festival existed in the city or in Canada at that time. So, naively I decided to start one with the help of a few friends. It was an extremely difficult task and you have to remember back in the mid 90’s, people didn’t communicate with emails and the internet barely known. We had to make phone calls, fax and have VHS tapes sent in. With no government funding, and only sheer determination, the first Vancouver Asian Film Festival made its debut in September 1997 at the Robson Square Conference Centre in downtown Vancouver. I raised the money through friends and family, like a Kickstarter program would today, but it was one phone call or one friend recommending another friend at a time – no such thing as an email blast or Facebook share.

VAFF is a grassroots movement of people wanting to see more realistic portrayals of Asian North Americans in film, television and other media. Even today, many Asian roles in major North American films and television continue to depict certain Asian stereotypes, such as gang members, submissive females, and martial arts experts. VAFF hopes to promote a wider scope of images of Asians living in modern North American society.

VAFF’s guiding principle is that, in order to have these images, North American Asians must have some creative control as writers, producers, and directors. The Vancouver Asian Film Festival was created to showcase their works to mainstream audiences. The festival is inclusive of all Canadians and it hopes to develop open communication between all Asian and non-Asian communities.

Independent filmmakers face several challenges. First, they must struggle to find the resources to complete the project, then they must search out venues to show their works and finally, if they are fortunate, then they must find a distributor for their works. VAFF over its 21 year history began as a venue to showcase Asian Canadian/American films, expanded to help make films through MAMM and now has partnered with CHOPSO to provide independent diasporic Asian filmmakers a digital distribution platform to further develop audiences online.

C: What are the highlights for this year’s festival?

GC: The program this year is pretty strong (if we say so ourselves) – the programming team is solid. Hard to point out just a few highlights, but of course – our Opening and Closing films, Kogonada’s “Columbus” and Canadian filmmaker Joyce Wong’s CAAMfest award-winning film “Wexford Plaza”! This year is Canada 150 (150 years since Confederation), and we’re celebrating some of the more diverse aspects of Canada’s insanely rich cinematic landscape with an entire day of Canadian programming on Sunday, November 5, 2017- shoutout to all the Best Canadian Feature Award and Best Canadian Short Award nominated films and directors this year. Other highlights would be the Canadian premieres of “Gook,” Justin Chon’s throwback dramatic feature set during the L.A. riots, with some cross-cultural real talk; and Robin Lung’s retro feminist/activist investigative feature doc, “Finding KUKAN.” Our VAFF Industry Panel Series on Saturday, November 4, 2017 – one that looks at how diversity and inclusivity can be a profitable entertainment option (in the Canadian/North American context); and another on filmmaking for social justice, examined through the lens of Deepa Mehta’s feature-length exploration of the psyche of both perpetrator and victim, “Anatomy of Violence.”

C: Can you talk about the Mighty Asian Moviemaking Marathon and how it got started?

BL: Back in 2004, I was still part of the programming team and would watch the hundred plus films that were being submitted each year. Our program up to that point and to a certain extent continues to be dependent on what filmmakers have been working on for the last couple of years. In order to guarantee that we would continually have Canadian Asian films available to screen and to provide greater support and opportunities for local filmmakers throughout the year, the “Film Competition”, what it was first known as was proposed along with 2 other new VAFF initiatives leading up to VAFF’s 10th Anniversary. The “Film Competition” idea along with the Best Canadian Short Award and the Asian Film Calendar (AIM Casting and Logline Calendar) which will be produced next year were published in our 2004 VAFF program guide. A funny thing happened once you put your ideas out into the universe – someone answered……it was Prem Gill, the Director of Multicultural Programming at CityTV at the time, now CEO of Creative BC, stepped up and funded the prize money and the cost to produce for the following year. Then Peter Leung came on board as Executive Director in 2005 and he had always wanted to do an Asian filmmaking competition in Vancouver and together we founded the name and rules for “Mighty Asian Movies Making Marathon – MAMM. Peter produced the first few years of MAMM and then Grace Chin stepped in and took it to another level and it has grown amazingly over the years.

C: How do you see Asian American and Asian Canadian filmmakers working together? Is there a unifying identity?

GC: There’s plenty of cross-pollination of talent and crews, both above and below the line, and the bigger Asian Canadian film festivals are acknowledged on the Asian North American circuit. There are general similarities in the experience of diaspora communities both sides of the border – up to a point – and similarities in their politics and norms, but that hasn’t always trickled down to the level of finding creative simpatico, or finding the same audience for creative work. What resonates south of the border, doesn’t always north of the 49th, especially if the stories speak to very specific communities or experiences. I wouldn’t say there is a unifying identity, creative approach, or rationale – though that doesn’t mean we can’t or shouldn’t make films together, since that difference can be and should be a pretty deep well to draw from – e.g. “Canadians avoid directness; Americans are overtly politicized: Discuss. Overcome.” And Asian diaspora Millennials and Xennials are working together creatively much more, partly because that collective culture overwhelms other considerations – including the transplanted context of their cultural baggage (a.k.a. cultural inheritance).

C: What are you excited about the future of Asian diasporic filmmaking?

GC: There’s plenty, but off the top of my head: The increasingly borderless sensibility and experience of the emerging Asian diasporic filmmakers and scriptwriters – storytellers – today. They’re combining cultural experiences and voices, with technology and approaches to “arting” and content generation, that tell stories to the expanding market and distribution for cross-cultural, multi-platform content – whether genuine, appropriative, exploitative, or everywhere in-between. These filmmakers and writers now have new audiences and ways to monetize their craft. China and India want to generate and distribute content with North America and Europe, and vice versa – the learning curve is huge, as are the pitfalls from differences in the way we do business – but we’ll see increasing synergy and cross-cultural “formulas” for content that work, alongside the growing sophistication of the international audience. We’re already seeing it start to happen.

C: What’s your advice for a young Asian Canadian filmmaker who wants to have a career in media production?

BL: Today with technology being so accessible and affordable, there are no excuses for any Asian Canadian/American filmmaker not to make any film they want. You can shoot a beautiful film on your phone! The biggest struggle is not the gatekeepers or costs anymore, but how to try and break through all the clutter. Youtube and digital platforms are filled with content and hard to get viewers for their work. Filmmakers or anyone wanting a career in media still need to network. Coming our to festivals like VAFF and meeting other filmmakers is where many film projects come together. They will be inspired, motivated and mentored to do more than want a career in media production, but shown how to make it a reality, but they have to work at it.

This is also why CHOPSO is such a great platform as it supports our Asian Canadian/American filmmakers by giving them a pipeline to audiences that want to see their work.