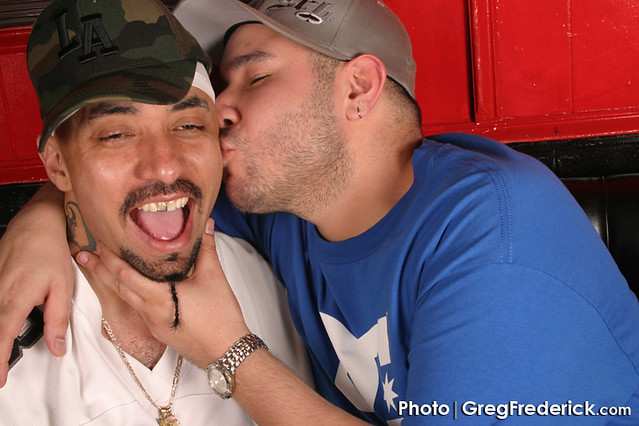 Acclaimed out independent filmmaker Quentin Lee will be directing and producing a feature documentary titled “Aka Deadlee” about the life and art of pioneering gay rapper Deadlee. Deadlee will be starring in the feature along with producing with Quentin.

Deadlee and Quentin met each other at the beginning of their career in 2000 on the film festival circuit. In 2002, when Deadlee launched his first album 7 Deadlee Sins as a pioneering and out person of color rapper, Deadlee and Quentin discussed about collaborating with each other but never did so until almost two decades later when they recently reconnected on Twitter.

“I was an instant fan of Deadlee when I first met him because he was such a pioneering music artist and genre buster. After 19 years, I serendipitously got reconnected with him on Twitter and I thought I’d ask him if he would collaborate with me on a feature documentary. He said Yes and we signed a deal immediately,” said Quentin Lee.

“As one of the early pioneers of out LGBTQ artists doing hip hop … I’ve always felt my history, struggles & life should be documented for the next generations. Beginning my career almost 20 years ago, being gay in the rap game was not only met with disdain it also came with death threats.  I truly believe there wouldn’t be a LIL NAS X if it weren’t for myself & other early LGBTQ RAP artists breaking barriers. Quentin Lee has not only inspired me as an artist, he too is a pioneer filmmaker. When presented the opportunity to make AKA DEADLEE with QUENTIN directing… I knew it was kismet,” said Deadlee.

Over his two decades of music career, Deadlee has recorded and released three albums 7 Deadlee Sins (2002), Assault with a Deadlee Weapon (2006) and most recently The Most Deadlee Faggot in America (2019). Deadlee has also been acting and appearing in various independent movies.

“For me, Deadlee and his works are even more important and radical in this current era of mainstreaming and popularizing LGBTQ culture. His voice inspires me as an artist because it’s real and edgy queer culture that money can’t buy,” said Quentin who was particularly inspired after watching the video that Deadlee made with presidential hopeful Andrew Yang.

“Popular culture is about extraordinary people making ordinary art. Deadlee is the exact opposite of that. He’s an ordinary guy making extraordinary art,” said Quentin. “My vision is that Aka Deadlee will be both a musical and biographical documentary. I feel it’s important to document Deadlee’s works and how he has come to be who he is as part of the larger discourse of being gay, being American, and being an artist.”

Although Quentin is more known for his narrative features, his short documentary “A Woman Named Canyon Sam” won the Panasonic Filmmaker Award / Best Documentary Short at the Asian Film Festival of Dallas in 2011 and his most recent autobiographical documentary feature Gay Hollywood Dad was nominated twice for the Queerty Awards in 2018 and 2019 as Best Web Series and Best Feature Documentary. Principal photography for Aka Deadlee will start December 2019.