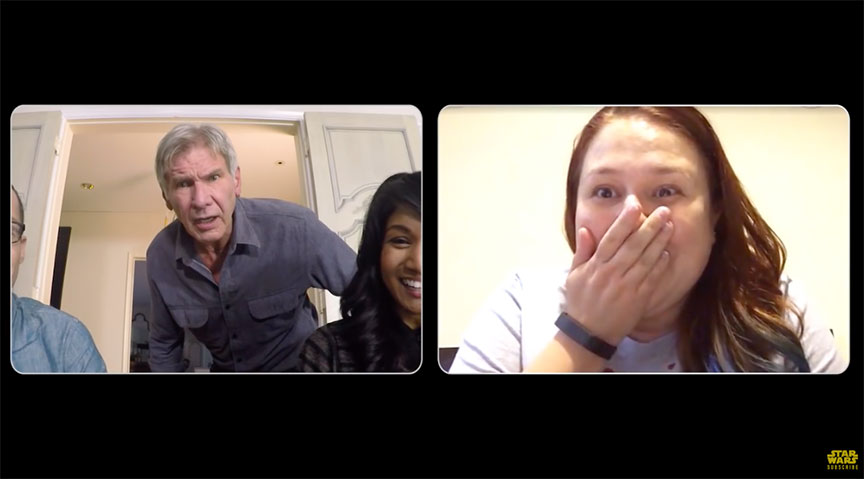 Harrison Ford freaked his fans out by making some special appearances on Skype. A fundraising campaign recently launched on Omaze will pick two grand prize winners. Each will receive four tickets to meet the cast, walk the red carpet, attend the premiere of Star Wars: The Force Awakens and the after party. This is the second charity campaign launched by JJ Abrams, the film’s director. The previous one, launched in May 2014, raised more than $4 million.