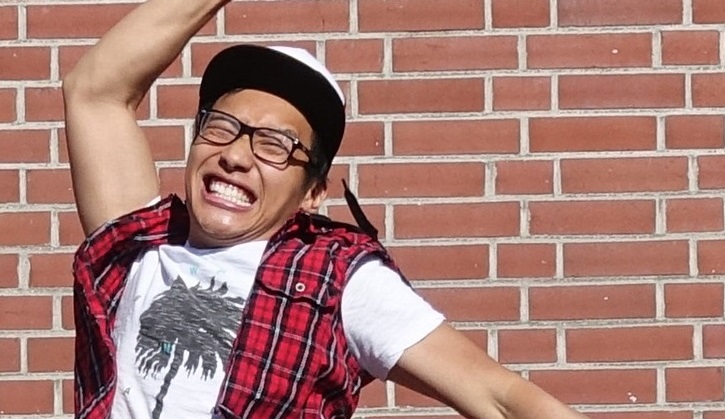 CHOPSO interviews Milton Ng, the writer and director of two new shorts on CHOPSO Next Life and Towel Boy which are currently streaming on CHOPSO.

C: Tell us about Towel Boy and Next Like.
Next Like is about a heartbroken man who gets motivation from his brother, that there are plenty of fish in the sea. In this case, the fish is referred to as ‘social media’, as it takes social media traits like YouTube, Twitter, Tumblr, Instagram and Facebook, and puts them into a form of a girl. It’s too bad this film was made 4 years ago, or else we see a Snapchat Girl. Towel Boy has always wanted to be a football player but faced rejection every season. To remain on the team, he agrees to be the team’s towel boy, who know must face the football captain, to protect his job. Towel Boy tells the story that underdogs can only be smacked around for a certain time for they eventually will unleash their inner power. C: What were the inspirations behind the short films?
For Next Like, I was inspired by watching “The Last” by Wong Fu Productions and looked for ways on social media to remix, while having a unique perspective. It took me a while to realize that the answer was right in front of me when I was looking at the socials. At the same time, my company disbanded and I went through a breakup, which all became a blessing in a disguise for my creative energy for the story.

For Towel Boy, I watched a YouTube video by breakdancer, Cloud, who cleaned his room with dance moves. At the same time, I’ve always had inspiration from Jackie Chan movies and loved how he used his surroundings as a weapon. I was thinking one location shoot and while I listened to music composed by my friend, Samuel Kim, in a library, I just imagined this image of me being a towel boy, getting bullied. I chose towel boy cause I’ve always loved the underdog story, having him defeated, then coming back as a stronger individual. It’s probably causing my liking to many anime shows.

C: What’s the best and worst criticism you’ve received so far on them?
Next Like seem to resonate with a number of people. I remember my friend who was in his 40s watched it at one of our screenings and the film made him remember his first girlfriend. I’ve never made heart-felt films like Next Like before, so the reviews from people were great. The film got into a number of film festivals including CAAMFest, Boston Asian Film Festival, Philadelphia Asian Film Festival, Asians on Film in Los Angeles, Edmonton International Film Festival, and not a nomination for best Canadian Film at Vancouver Asian Film Festival. As for worst criticisms, I remember somebody saying it was ‘too long’ on YouTube haha.

For Towel Boy, people generally liked our fighting style and the comedic tone. Of course, this type of film seemed to have only worked with action lovers. It was still alot of fun to shoot though and awesome working with Glenn on it last year.

C: What advice do you wish you got?
Next Like took five and a half days to shoot. I wish I had the advice to keep it simple. There was so many travel days and long hours that it didn’t have to be like that. The scenes on the Coal Harbour seawall could have been just a park bench with all the girls walking by. That would have saved a day shoot and budget!

CL Tell us about what you are working with and how can people follow you.
I am currently shooting two weekly videos on my YouTube channel: MiltonNGTV one sketch and one vlog per week while developing my first web-series, GuNCraft, hoping to get funds to shoot for this summer. As of now, currently campaigning to get my short film, Concrete, made. So if this post goes before April 6, please support by voting at storyhive.com!

Watch Next Like and Towel Boy on CHOPSO today!