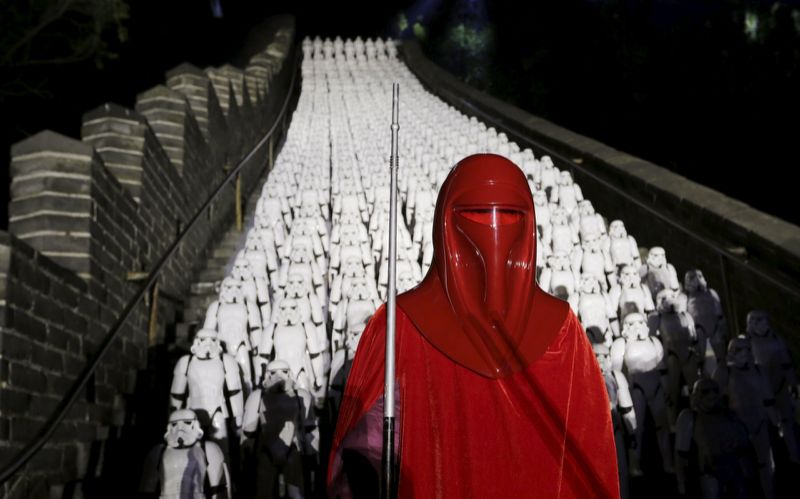 China is the Dark Side…or at least as far as Disney is concerned, it could be. The new Star Wars movie, Episode VII: The Force Awakens, hits cinemas pretty much everywhere this week except for the Middle Kingdom. Restrictions on foreign films mean fans will have to wait until January 9th for the release. But just how many fans are there?

International press has made much of how unpredictable the box-office for this could be. It’s a big-buck business, and whilst nostalgia for the original trilogy is strong in other countries, the franchise didn’t hit China until the much maligned prequels. The box office was reasonable, and could be again, but the return of Han Solo and Luke Skywalker is not going to register the same excitement as elsewhere.

According to Yu Xin, CEO of the Dadi Cinema Group, this may not be a problem. Speaking recently to The Hollywood Reporter, he noted that young Chinese audiences love sci-fi, and expects the film to top 2 Billion RMB.

Some of the most interesting marketing for The Force Awakens has targeted China, including a break the internet stunt which saw 400 storm troopers assemble on the Great Wall back in October. Meanwhile, teenbop Bieber-clone 鹿晗 Lu Han was recruited as the official Star Wars ambassador to China, a position of dubious diplomatic clout akin to Jar Jar joining the Galactic Senate. But with Disney’s overall strategy being relatively low key, the world has eaten it up.

Compared to Star Wars’ 15 million Facebook fan following, the franchise’s 20,000 on Weibo is measly. But there are fans here. Some love Wookies and some love Gungans. Others are yet to discover the magic of that galaxy far, far away. Spare us a thought this week as you pile into theatres. For the next three weeks, we are on the Dark Side – keep the spoilers at bay.