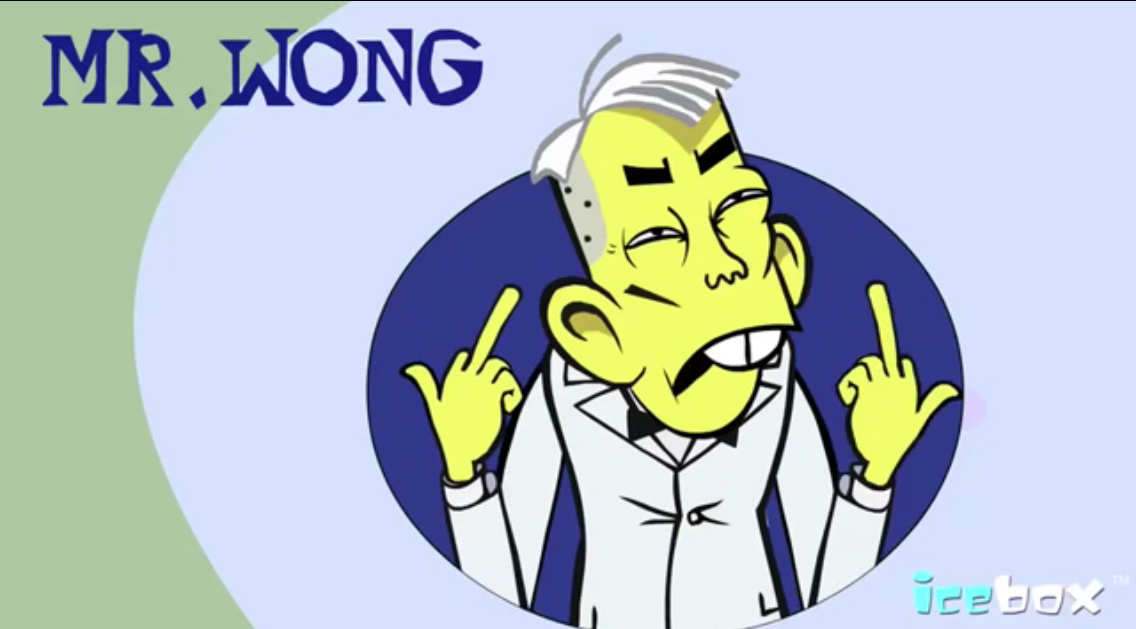 Fifteen years ago, Icebox.com debuted an internet cartoon series called Mr. Wong. Mr. Wong is a foul-mouthed butler with ridiculously yellow complexion, buck teeth, thick accent, cowlick and who pronounces “cotillion” as “cotirion.” Not surprisingly the cartoon drew backlash from the Asian American community although it was so damned funny. I, for one, was rather disappointed when they cancelled the show after just 14 episodes. As a Chinese

who was not born in the U.S., I have to admit that although the show was offensive, I didn’t find it mean-spirited. Nevertheless, having arrived for college to a city as diverse as Los Angeles in 1991 as a grownup, I can hardly speak for the Asians who were raised in America. I did not have to endure the same prejudices many Asian-Americans may have experienced growing up in the 70s and 80s. Perhaps I landed at the right time and in the right place.

The animated character Mr. Wong is an elderly Chinese man who works as a butler for Miss Pam, a Caucasian socialite. When not running around catering to Miss Pam’s every whim, Mr. Wong lives in a cell-like room often passing his time mourning his

former master, the late Bing Crosby. Each episode follows the love-hate relationship between Mr. Wong and Miss Pam. She is abusive to him, but Mr. Wong is no victim. He sticks it back to her whenever he gets a chance.

If anything, Mr. Wong plays on over-drawn Asian stereotypes and is overly crass, a quality which is to be expected when you realize that South Park writers Pam Brady and Kyle McCulloch are the creators of the series.

All the episodes are available on YouTube by Mondo Media. And here’s the first controversial episode.