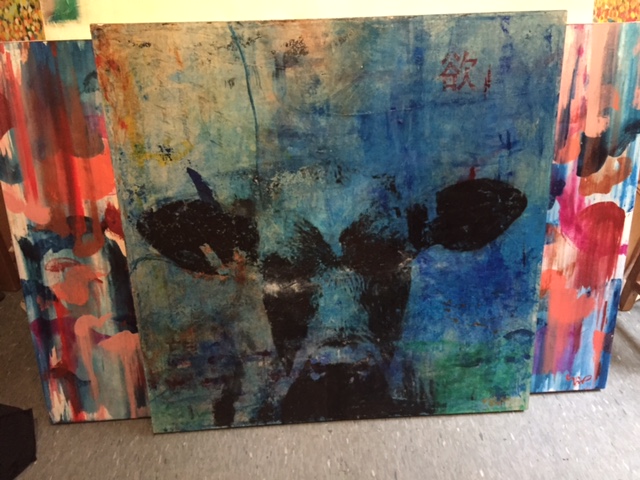 About a decade ago, I made an autobiographical feature documentary titled 0506HK about my feelings for Hong Kong, formerly the country and now a city of China where I was born and raised until a teenager.

This week, I got to revisit my friends featured in my documentary and was pleasantly surprised to find out that artist Norm Yip has been painting more than ever. While pursuing his painting, he has also cut down on his commercial photography that he has been doing.

I’ve often admired Norm because in such a culturally vacant city like Hong Kong he has been able to pursue his passion for fine art. Being back my hometown, I feel hard to focus and concentrate on creating anything when everyone around me is about working OT on his/her job and making money. In the below video, Norm talks about his latest direction 10 years after 0506HK:

He has been painting a lot of pointillist works:

Here’re some of his latest paintings: