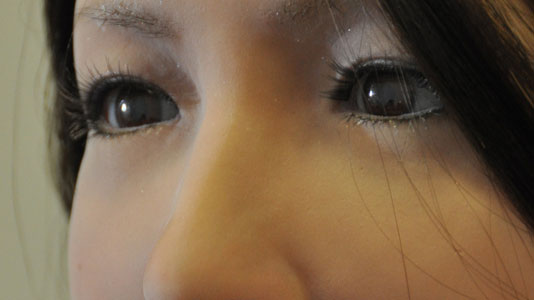 We can’t wait to see Sayonara, a Japanese movie with one of its principal characters played by an android. Like other live actors, the android by the name Geminoid F is also credited in the film. Sayonara is about survivors in the aftermath of the nuclear power plant meltdown. The film came out in Japan on November 21.

Geminoid F was born in 2010. Roboticist Hiroshi Ishiguro, who famously created a robot replica of himself, is the brain behind the creation of the android. In Geminoid F, Ishiguro created a woman in her twenties with long dark hair and a quiet smile. She is pretty but not overtly sexy the way lonely men would envision of a female android.

Geminoid F seems to be having a very busy season. Aside from just finishing Sayonara, she is at the moment stealing the show at the World Robot Exhibition in Beijing.