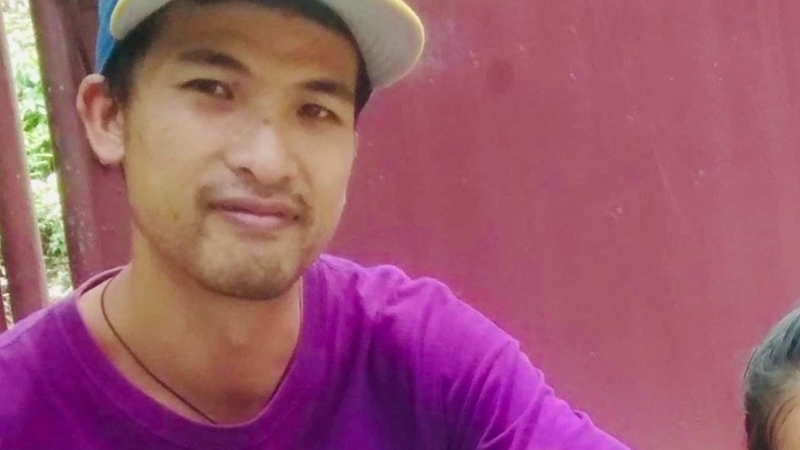 A Guest Post by Melissa Reyes and Faye Lacanilao

Brandon is a close friend of ours from San Francisco State University. We both met him when we joined the League of Filipino Students (LFS), a student organization and international chapter of LFS in the Philippines. Brandon had been active in the organization for a few years and one of the first memories we both have of him is facilitating an organizational workshop called “Land is Life”, an introductory workshop for folks joining LFS. One of the first questions he asked new members was to name different resources that come from the Philippines.

“Rice!” one person shouted out. “Coconuts!” another one said.

“And copper, lumber, rubber, and gold”, he and the other facilitator replied. Brandon then asked, “If the Philippines is so rich in resources, why are the Filipino people so poor?” That simple question has stayed with us for a long time, prompting us to become activists and community organizers like Brandon. So you can imagine our surprise, and that of many other members of the organization, when we found out that Brandon was not Filipino himself. I remember people’s bewilderment, ours included: You’re a part of a Filipino organization… but you’re Chinese?

Although he is Chinese-American, during our time in the organization together Brandon became our beloved kuya, “older brother” in Filipino. He is the kind of kuya who is always looking out for you; the type who keeps you company when you’re waiting for your other siblings and who makes sure you have something to eat when you get home. In short, he is caring, thoughtful, and always thinking about the well-being of others.

And then after a few trips to the Philippines, falling in love with the indigenous community in the Cordilleras and then his future wife, he moved there permanently in 2010. He had a way of surprising us with his deep commitment to serving the people of the Philippines. Then you can imagine our shock and fear when we heard Kuya Brandon was shot multiple times in front of his home in Ifugao, Philippines by suspected paramilitary elements of the armed forces on August 6, 2019. He survived the attempted assassination, but remains in critical condition as we write this. Two of his colleagues, William Bugatti and Ricardo Mayumi, had already been targeted and killed for doing the same work he was doing, in 2014 and 2018 respectively. Our hearts were shattered that day. We were scared that our friend and our kuya would not survive, but we didn’t let that keep us from taking action.

Throughout that first week Brandon was gunned down, we met with former LFS members from our college days to keep each other company. We organized fundraising and action efforts in between consoling each other. We cried together — we cried out of rage that our Brandon, was attacked for standing up for what he believed was right.

Brandon is more than a college classmate, he is our kuya, our family, and our kasama – someone you journey with in this life. And he is the best of us. A journeying companion that even 7,007 miles between San Francisco and the Philippines cannot sever. We wish to grow and mature alongside Brandon, regardless of time and geographic distance.

I am engaged to be married to my partner, the possibility of Brandon not being a part of my celebration never crossed my mind. My friend, Dori Caminong, visited Brandon with Supervisor Matt Haney’s delegation, was kind enough to extend my invitation to him by his bedside, just a mere 3 weeks after the shooting. “Faye says you need to get better so you can come to her wedding,” she whispered in his ears. Brandon smiled and mustered up enough strength to mouth “thank you” as tears swelled up in his eyes.

Just a year and a half after I had my daughter, Brandon and his wife had theirs. I was always comforted knowing that we would have each other to exchange parenting notes. And my relationship with him was so strong, it was as if he never left us, wherever he was roaming in the mountainous regions of the Philippines. I especially looked forward to our daughters meeting one day, and it was one of the last conversations we had in person when I saw him in the Philippines in 2014. I always hoped the closeness we shared would be passed down to our children, however far the distance between us.

We have worked tirelessly to raise funds for Brandon’s airlift back to the Bay Area and his long-term recovery. And we continue to share his story as he is fighting for his life. Brandon has survived multiple gunshot wounds, 8 cardiac arrests, a bout of pneumonia, and a bacterial infection. Our efforts pale in comparison to his spirit and will to live, and his relentless desire and work to support indigenous peoples’ rights and lands in the Philippines. Before this ruthless attack that has left his body so critically injured, Brandon loved walking. He would walk up to ten miles in a day to reach the remote communities he was serving. We want to do the same to keep him safe, to bring him back to the place that raised him for his recovery, San Francisco. We want to go the extra distance for our kuya, our kasama, our beloved – Brandon Lee, to see him again.