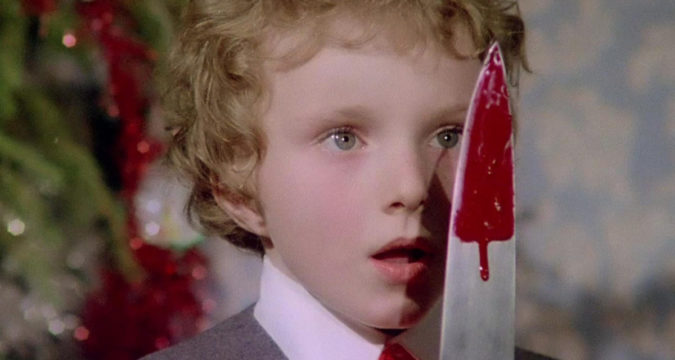 By “Spaghetti Fear” I don’t mean the fear of spaghetti but rather “spaghetti horror,” the genre of horror films pioneered by Italian filmmakers such as Mario Bava who made the 1960 cult classic Black Sunday with Barbara Steele. Bava’s films were before my time as my entry into Spaghetti Fear was in the 80s with Dario Argento, Lucio Fulci, Lamberto Bava (Mario Bava’s son) and Michele Saovi (who began working as Argento’s assistant director). I’m not just trying to catch the Flavah of the week because fear and horror is the Flavah of my life since I ran out of the movie theater scared shitless halfway watching my first horror movie The Manitou at 7.

The first time I watched a spaghetti horror flick I was flabbergasted by the often bad English dubbing. But the ultra goriness and extreme stylishness would get me past the weakness in performance. Spaghetti Fear is horror on acid. In this brief blog, I’m trying to entice you with a sampling of Spaghetti Fear, somewhat of an acquired taste.

My favorite Italian horror director is Dario Argento. From his early gialli like The Bird with the Crystal Plumage and Deep Red to his supernatural thrillers like Suspiria and Inferno I adore. I first saw Argento’s Phenomena in Tokyo when I was sixteen and I immediately fell in love with his movies.

Directly translated as “yellow,” “giallo” is an Italian 20th century genre of literature and films of crime fiction and mystery. In film, giallo is essential a highly stylized version of the American slasher. Or perhaps it was the American slasher that stole from giallo which took its inspiration from Hitchcock. Yes, Hitchcock on acid with a ton of blood!

Marking the fabulous debut of the Jennifer Connelly, Phenomena was also Dario Argento’s first film directed in English about an American boarding student (Connelly) who can communicate with insects and hence witnesses the work of a serial killer through the eyes of flies and maggots. Phenomena ranks as one of my favorite Argento gialli.

My other favorite 80s’ giallo from Argento is Tenebre starring Anthony Franciosa as an American novelist arriving in Rome where a serial killer murders a prostitute and stuffs her mouth with the pages of the novelist’s latest book Tenebre. Tenebreis at times meandering but it’s always fascinating with fabulously staged murder set pieces one after another till the clever and bloody finale.

I can write an entire book on Argento but I will move onto Lucio Fulci, often dubbed the poor man’s Argento. Fulci found international success with his own inventive genre of zombies. Released after George Romero’s Dawn of the Dead (co-produced by Dario Argento), Fulci’s Zombie is sort of a rip-off of the Romero classic but it also wickedly outdoes Dawn of the Dead with a voodoo revision. Of course, most memorable is the splinter in the eye scene. It’s really a classic of its own.

Re-released by Quentin Tarantino, The Beyond is probably Fulci’s best film blending zombies with the supernatural in a haunted New Orleans house.

Lucio Fulci was a factory. He has made over 50 features but only a few of them are watchable in my opinion. My other favorites are City of Living Dead, the House by the Cemetery, and maybe New York Ripper. Like Cat in the Brain, many of his later works were crudely put together.

With Dario Argento as his producer, Lamberto Bava made the kickass Demons in 1985 about a horror movie turning a test audience into flesh eating demons in a creepy theater. A brilliant postmodern reinterpretation of the zombie genre, Demons remains a horror classic on my book. Lamberto Bava went on to make Demons 2 which is just okay, but his 1980 Macabre about a woman who keeps his dead lover’s head in the freezer is worth a second look.

Michele Saovi’s Stage Fright is a welcome, stylish and well-made addition to the genre about an acting troop trapped in a theater with a psycho killer a la Phantom of the Opera. It’s a fun and minor hit, but somehow its images have stuck in my mind. Michele went on to make the eclectic undead film Cemetery Man with Rupert Everett, a hybrid between an art film, a horror film and a comedy.

Within Spaghetti Fear there is a subgenre of cannibal movies. The classic of that subgenre is Ruggero Deodato’s Cannibal Holocaust centering on the found footage of a few American film students who got eaten by cannibals in the Amazon. Does that sound familiar? Yes, Cannibal Holocaust mothered the fake documentary horror genre like the Blair Witch Project and Paranormal Activity. Its notoriety aside, Cannibal Holocaust is a thoughtful exploration of both the horror and documentary film form. Despite the gore, the film was made with taste. So fear not and watch Cannibal Holocaust, a truly beautiful, intelligent, and genre-breaking horror film.

Before leaving the cannibal genre, I saw a truly disturbing one called Cannibal Apocalypse that kept me weirded out days after. It’s about a few Vietnam veterans led by John Saxon who developed a taste for human flesh after being bitten in Vietnam. Directed by Anthony Margheretti, Apocalpyse is truly a downbeat and oddball flick using cannibalism as a metaphor for PTSD set in urban New York. Truly disturbing and completely fascinating!

I’ve barely scratched the surface of Spaghetti Fear as it is a vast and diverse genre for horror lovers to sink their teeth into.