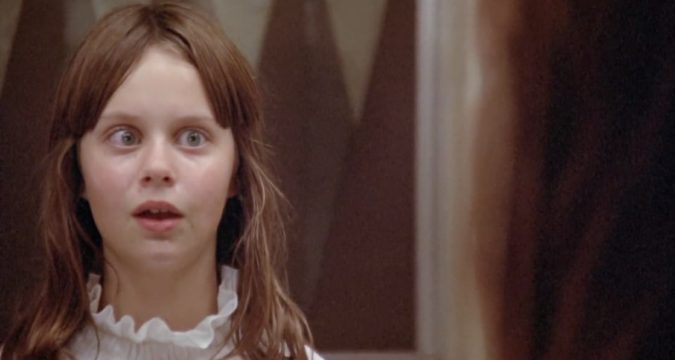 Audrey Rose was one of those films I had read about as a teenager in the 80s but bad never seen. Finally, last night, I sat down, watched it and was surprised to find out that it was directed by the late Robert Wise, master of musical epics. While a compelling movie, Audrey Rose is a very flawed feature film, mostly because of Frank De Felitta’s problematic novel and screenplay. If a movie is flawed at the writing level, there really is no way the film could be great, which is exactly why Audrey Rose is a compelling but broken film.

Audrey Rose spins out of control in its second act where it becomes a courtroom drama and categorically calls into question religion and the concept of reincarnation by bringing in an Indian religious leader to testify. If humanity cannot solve religious conflicts over centuries, who are we to suddenly attempt to open the Pandora’s box in the middle of a movie and totally take the audience out of it. The drama at hand is really between the three parents and the girl and the higher concept of reincarnation should simply be a willing suspension of disbelief. It’s how most movies work.

Most problematically, the treatment of trauma through out the film is not scientifically correct according to modern Freudian psychology that we know. Yes, Ivy could be re-enacting her past life trauma in a sleepwalking state and endanger herself. But it just isn’t scientifically possible for her hands to be burned from a past life psychological trauma, let alone die by “what is determined to be smoke inhalation, even though no smoke or fire is present.” It’s obvious that De Felitta took his artistic license too far, reaching beyond our understanding of modern science and psychology.

What should have happened was perhaps that the parents came to an agreement to treat Ivy’s past life trauma with a therapist and integrated her past life trauma into her current life’s narrative, which is the correct treatment for all trauma since Freud invented modern psychology. De Felitta had definitely not understood Freud and modern psychology when he was writing Audrey Rose.