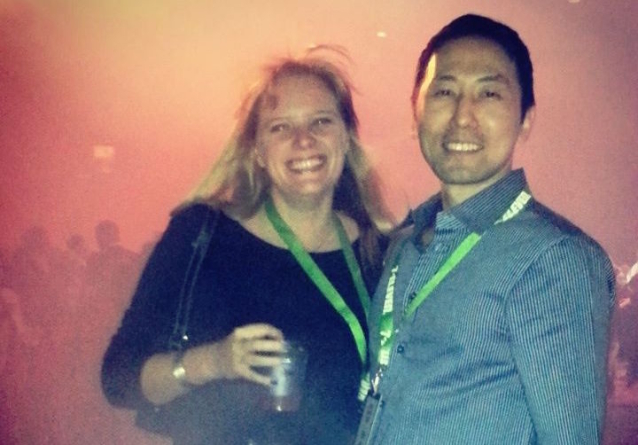 Now that much of the buzz over #OscarsSoWhite has died down and the flood of tweets arguing the merits and failings of the show itself are but a trickle, the Academy is only now responding to the most recent backlash concerning its treatment of Asians…and only after receiving a formal letter from its own Asian Academy members.  After all the talk over diversity, the world was treated to an awards show that reduced the debate to Black and White.  Latinos were left out in the cold while Asians are still “safe” to mock.  These micro-aggressions commonly typify Asians as the “model minority”, a disservice to the many Asian-Americans who live below the poverty line and to those who bump into the glass ceiling.

Some critics complain that deserving movies are overlooked because a mostly white Academy won’t vote for actors in films that they will never screen.  Consequently, the Academy is actively taking steps to diversify its membership.  But the crux of the issue isn’t the Academy.  The systemic injustices within Hollywood’s studio system begin with the executives who have the power to greenlight projects, the people in charge of casting who are known to explicitly request white actors for parts that can or should go to people of color (POC), directors who are afraid that the numbers simply aren’t there for a film headlined by “Mohammad so-and-so of such-and-such”.

Thankfully, we have the ever-insightful Bill Maher to whitesplain that Hollywood is full of liberals who can’t possibly be the cause of this diversity problem.  Instead, it’s the global market that doesn’t want to see Black people in the movies. In other words: “Asians really are racist.”  But if capitalist Hollywood has its eye on the biggest international box office markets (e.g. China, Japan & South Korea), why aren’t Asians cast in more leading roles instead of being relegated to two-dimensional stereotypes?  I propose that the billions of ignorant Asians living in Asia who have no interest in seeing Black people on screen has more to do with the fact that they’ve probably never encountered a Black person and that their only point of reference for Black people is through Hollywood.  They’ve never been faced with #BlackLivesMatter or seen a real-life Black person on their TV sets outside the context of White Hollywood’s hackneyed fictional lens–until Barack Obama!  For an industry that prides itself on affecting change and influencing public opinion to right social injustices, Bill Maher seems acutely unaware of the power of cinema across the rest of the world.  So the next time he feels the need to point the finger as to why Hollywood lacks diversity, he should educate himself before speaking on the matter.  I would then suggest that he choose a topic that he may be more knowledgeable of, such as White privilege.

Initially, I didn’t think I had much to add to the diversity conversation.  But with the seemingly recent uptick of discrimination targeted at Asians, I felt the need to speak out–particularly after two recent incidences questioning my American-ness!  One stranger accused of not having a Green Card and another lady said that I “must not be American” (kinda funny, considering the thick accent with which she spoke!)  The general American consciousness perpetually consigns Asians to the status of “other”–not American–a sentiment that was responsible for the internment of over 100,000 Japanese-Americans during World War II, the Chinese Exclusion Act and naturalization laws that prevented Asians from becoming American citizens.  This pernicious attitude typifies the casual racism Asian Americans have suffered for decades.

A few years ago, while attending a Halloween-themed amusement park event with a friend, a college-aged frat boy pointed at me and screamed, “Look out–ASIAN!” before leading a chorus of laughter amongst his friends (all White).  As they blithely scurried away, I believe I yelled several expletives while my White friend attempted to mollify me with lame excuses.
“Relax.  He was just goofing.  They’re just having a laugh.”
Upon hearing his excuses, I wasn’t sure if I were more perturbed by these kids who saw race as a source of mockery and fun, or that my own friend was so tragically oblivious.  It’s this type of insidious racism that puts to question what affects race had on the conviction of Chinese-American police officer, Peter Liang, in the accidental killing of Akai Gurley–while grand juries decide not to indict Darren Wilson or Daniel Pantaleo in separate cases of the death of black men.

Pop culture gives us a window into the lives of people we may not normally interact with, thereby shaping the way society views minorities and POC.  Studies show, time and again, that people who have little to no interactions with a minority group tends to view that group in a negative light.  As the gay community gained visibility through shows like “Queer Eye for the Straight Guy”, public opinion towards the gay community slowly shifted.  Despite some initial backlash, Ellen Degeneres gave a face to an entire community and sparked conversations over marriage equality.  Dubbed “The Will & Grace Effect”, the nation’s changing attitude toward gays and lesbians eventually led up to the Supreme Court’s ruling legalizing same-sex marriage.

There is a small but growing number of POC who are striving to change the landscape in Hollywood by adding their perspective, but “liberal” Hollywood is slow to change.  “Joy Luck Club” & “Dragon: The Bruce Lee Story” both came out in 1993 and proved that there was an audience for good movies with Asian leads.  In my naive youth, I thought that maybe we’d start seeing more films that transcend racial stereotypes, allowing more POC to tell their stories.  But twenty-three years later, I’m saddened by the embarrassing fact that more White women have won Oscars for playing Asian than actual Asian women have won!

What has been done, isn’t enough.  The programs and resolutions to diversify and increase awareness–as well-intentioned as they may be–isn’t enough.  We need people who have the ability to push a film into production to actively seek out creators of color, shepard their stories and appropriately cast the actors.  However, I don’t expect a commitment to come from anyone who doesn’t have a personal stake in seeing more POC find their path into Hollywood. That’s why I’m appealing to you, Mr. & Mrs. Smith.  As parents of a multi-racial family–Asian, Black & White–I hoped that you might also feel the same disappointment when you discovered that no POC was nominated for any acting categories for 2 years in a row. You may have also felt slighted when you saw Chris Rock trot out three adorable Asian kids for his ‘joke’.  And maybe you were angry for your sons when you heard Sacha Baron Cohen’s off-color remark about those hard-working yellow ‘Minions’!

I don’t have the privilege of being a parent myself (yet), so I would never give advice or try to pretend that I know better.  But through the eyes of my siblings and friends, I can see how far they would go to provide the very best for their children; they would move mountains if they could.  But for most of us, our circle of influence is quite small–miniscule, even.  But, I imagine, you have the wherewithal to tell a casting director that having more than one Asian character in a film won’t make it “too ethnic” for the movie-going audience.  Or that every POC character doesn’t exist solely to propel the the story for the White protagonist, particularly if the character relies heavily on racial stereotypes.

As a child of the 80’s, born to immigrant parents from Asia, I felt that the keys to the kingdom would never be within my grasp.  But I’m hoping that my meager words might spark conversations and crack open a few closed minds so that one day my nieces will grow up to find that all paths are open to them.  As Uncle Ben once told Peter Parker, “With great power comes great responsibility.”