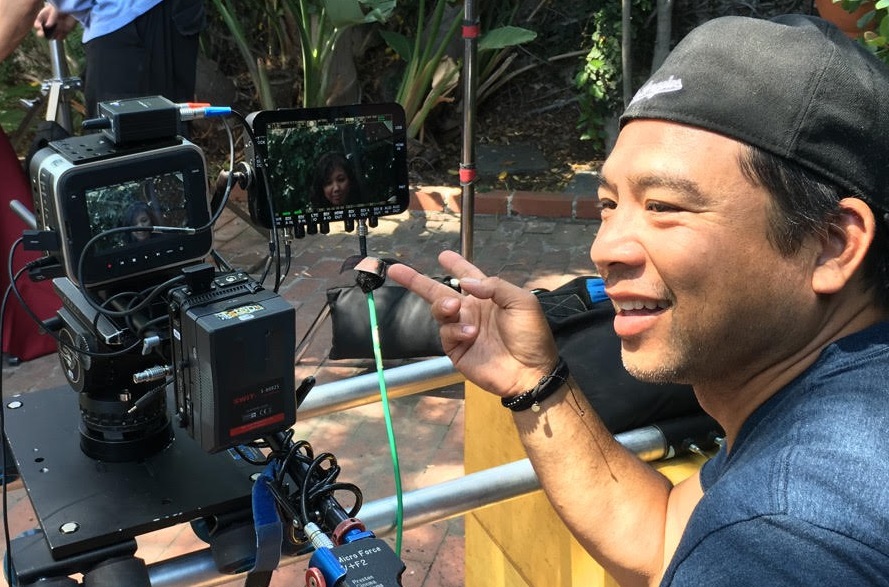 CHOPSO interviews the director Art Chudabala on his short The Anniversary now streaming on CHOPSO.

“The Anniversary” is a psychological thriller about one man’s burden of guilt, his journey through madness and trying to find redemption through his own death. C: What was the motivation for it?

The first motivation was really to dust off a digital camera I had and to have some fun with friends, lol. The other motivation was to also create a stylized piece that showcased Asian American actors in roles that we usually don’t see and to also never mention the fact that they are of Asian descent as represented in the writing as well as the setting we chose. No wind chimes or accents! Ha!

C: Do you think you would be able to hurt someone if you were wronged?

I was raised to always turn the other cheek but since becoming a father in the last few years, I would have to say when it comes to family…we’ll have to cross that bridge when it gets here and hopes that it never does…cryptic I know.

C: Best advise you ever got

The best advise I ever got came from Mom and Dad and I’m sure a lot of children of immigrants have heard the same thing. “Because we are immigrants we work harder and better than everyone else, it will separate us from the rest”.  I’m paraphrasing of course but that advise has always stuck with me and I use it as a daily mantra. Keep pursing excellence, do good work and keep your nose to the grindstone. The cream always rises to the top!