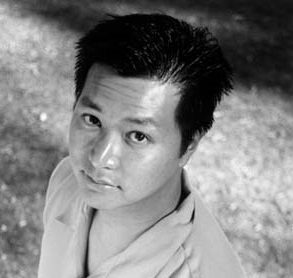 C: You’ve made a bunch of projects that feature Asian Americans in prominent parts. Why do you think it’s important to make them?

It’s so important simply because there still aren’t enough films out there that do have prominent Asian-American roles of substance.  It’s still the case that if you want to see it happen, you have to make it yourself, so I promised myself that for projects I make independently, I have to be sure to create a story with diverse characters, otherwise nobody else will.

C: What was your motivation behind making Unusual Targets?

I’ve been involved in a bunch of dramedy-character type films, as well as TV network sitcoms, which involve small stories that explore characters in slice-of-life kind of settings.  I love those kinds of films, and it’s what I’ve been able to build my career on.  But I also love comic book/sci-fi type/fantasy type of movies, TV shows and books, and so there was a part of me that wanted to scratch that itch, so I came up with “Unusual Targets” as a TV pilot to send out, as well as a project where I can do the fun things that you get to do when you do a comic book kind of film, like action, fight scenes and monsters. C: What’s the most interesting response to Why Am I Doing This?

Well, there’s been all sorts of different kinds of responses to the film, depending on what aspect of the film (working in Hollywood, romance, dealing with family, etc.) touches certain people.  I wanted to highlight the plight of diverse performers in Hollywood, but the strongest response I kept getting is from actors and industry people who really felt that this was a very real depiction of what it’s like to struggle in Hollywood, which pleased me quite a bit, as I did a lot of work researching and talking wit my actor friends as to what their lives are like. C: What advice do you have for young Asian American filmmakers?

Make something.  Don’t just sit around and gripe about your situation, go out there and actually do something.  With all the new prosumer equipment out there, it’s so easy nowadays to put together and make a film by yourself or a small crew, and there are so many ways now for people to see your work, you need to just do it.  Keep striving towards getting something actually shot, because what makes you filmmaker is not necessarily getting paid by some Hollywood studio to make a movie with movie stars… what makes you a filmmaker is you making films, no matter how they’re made.

C: What are you working on now and how can people find more info about you?

I’ve just finished locking picture on my next feature film, “Find Me,” about a guy chasing a girl through clues she leaves for him at National Parks across the West.  I’m also developing another indie feature dramedy, “Dealing With Dad” with producer Effie Brown, and am finishing up a true story script based on an Asian-American high school teacher who has pushed his inner-city students to get top scores of 5 on their AP Calculus exams, including one perfect score.