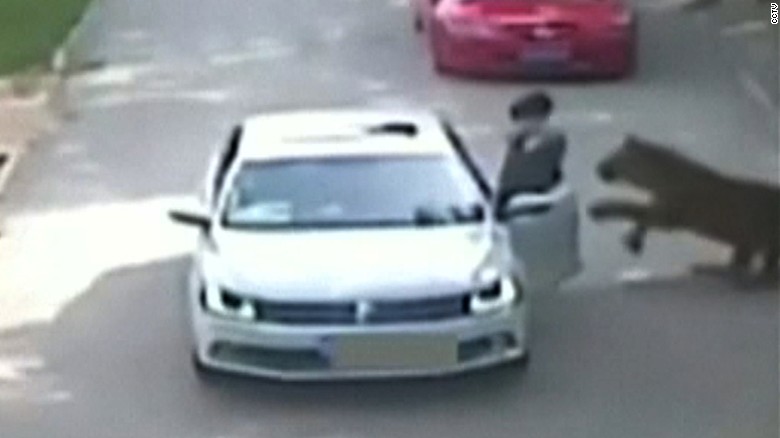 A shocking surveillance video was released online this week. In the video, a woman got out of a car and walked to the other side to get back in. In an instant, a large tiger crept up to her from behind and dragged her away. Two people quickly got out of the car and ran after the tiger and the victim.

According to Beijing’s The Legal Evening News, the family was driving in Bedaling Wildlife World in Beijing when the woman left the car after a fight with her husband. After she was dragged away by the tiger, the mother jumped out of the car to save her daughter only to be mauled to death by another tiger. The daughter is alive but in critical condition.

Wildlife parks usually have strict policy that tourists are forbidden to get out of the car. What necessitated this woman to exit the car just to enter it again on the other side is confounding. We just hope the people at the park didn’t kill the tigers.