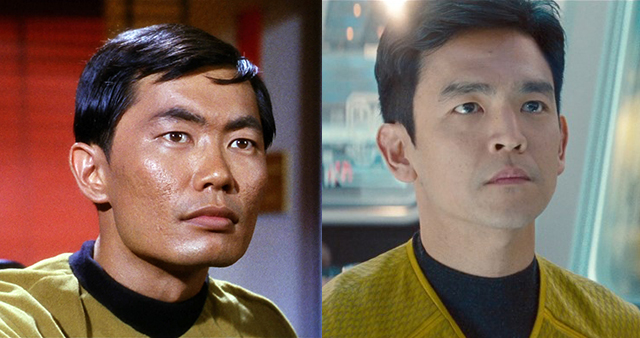 Almost 50 years after Star Trek entered our social consciousness, the upcoming Star Trek Beyond, starring John Cho as Hikaru Sulu, will reveal that our beloved lieutenant who helms the Starship Enterprise is gay.

While in Sydney promoting the film, Cho revealed to the Herald Sun that the decision to out Sulu was made by the British actor Simon Pegg, who penned the film’s screenplay, and director Justin Lin, to honor George Takei, who played the original Sulu, came out 11 years ago. In the film, Sulu will have a husband and a child. Wonder what Captain Kirk has to say about the whole thing.