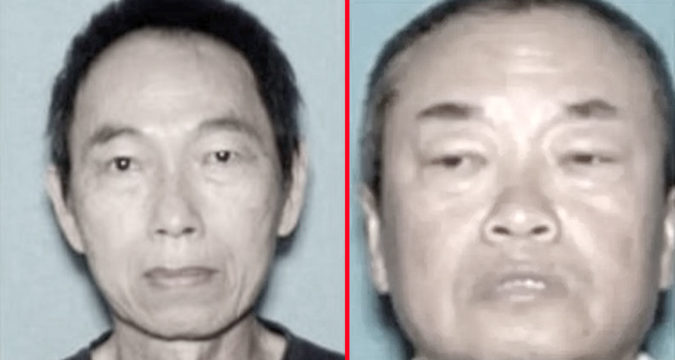 For me, a Chinese immigrant myself, what is sadder than the Monterey Park and Half Moon Bay shooting tragedies is the lack of cultural understanding of mainstream media in reporting the events, causing the unnecessary panic of hate crimes and deflecting from three main issues behind both tragic crimes: 1) accessibility of lethal weapons in America, 2) the lack of mental health resources for older Chinese immigrants and 3) like Christmas for Americans, Chinese New Year can be a triggering time of the year for Chinese immigrants who are psychologically unstable.

On Chinese New Year’s Eve 2023, Huu Can Tran, 72, shot up a ballroom dancing event at Star Dance Studio in Monterey Park and attempted to shoot up another dance studio in Alhambra. Tran killed 10 people and then himself on the following day, Chinese New Year Day. Huu used to be a regular at both dance studios. On the second day of Chinese New Year, the following day, mushroom farm immigrant “disgruntled” worker Chunli Zhao, 66, also a Chinese immigrant like Tran, shot and killed 7 co-workers on the very farm he used to work on. Zhao surrendered to the police and more information about his background is yet to be released.

The initial reporting of the first incident treated Monterey Park as a new exotic discovery, but for me, it has been a Chinese American suburb where I eat, visit and hang out with friends since I came to L.A. in 1993. Conflating with the anti-Asian hate climate, I got emails from non-Asian friends all over the world telling me that it was a hate crime, which of course didn’t quite turn out that way.

If you have been following CHOPSO, I’ve done several interviews with Wayne Lo, one of US’s early mass shooters in 1990s when mass shootings were still far and few. Since his crime, Wayne has been working with his victim’s dad Gregory Gibson to shed light on mass shootings. Wayne clearly admitted that if it hadn’t been for the accessibility of guns in America, he wouldn’t have committed the shooting. His fate sadly reminds us of Zhao who peacefully surrendered to law enforcement. It was schizophrenia and the ability to buy a legal firearm that caused his 1992 mass shooting. Ironically, after over three decades, Zhao also obtained a legal firearm to commit his 2023 mass shooting.

It’s no surprise that mass shootings have risen since the first mass shooting in 1966. The population / availability of guns have risen over the decades with the continual accumulation and creation of old and new firearms. It is my belief that mass shootings in America can become extinct if America would indeed follow the footsteps of other Western nations such as Australia, Canada and United Kingdom to ban firearms from civilians altogether.

The cases of Tran, Lo and Zhao, who are all Chinese immigrants, shed a light on the necessity and importance of mental health, which is often ignored by the AAPI communities. Had Lo’s schizophrenia been diagnosed at Bard college, the incident might not have happened. Had Tran’s family realized earlier whether he had dementia or schizophrenia, the ballroom shooting could have been intercepted. It wasn’t as if Tran did not show any signs of psychological instability.

According to CNN, “Tran visited the Hemet Police Department lobby on January 7 and 9, 2023, alleging past fraud, theft, and poisoning allegations involving his family in the Los Angeles area 10 to 20 years ago,” Hemet police said in a statement. “Tran stated he would return to the station with documentation regarding his allegations but never returned.” That was an unmistakable sign of paranoia schizophrenia or dementia.

What Tran and Zhao both share is that they are the baby boomer / early Gen-X generation of Mainland Chinese immigrants who had gone through the trauma of Cultural Revolution from 1966 — 1976 in Mainland China. Anyone who understands Chinese culture should know that generation has been much traumatized by Cultural Revolution and coupled with trauma of immigration and American adaptation they are quite psychologically damaged and in desperate need of psychotherapy. Good news is that Zhao is still alive and he may hold the key for us to understand and treat people like him to prevent future tragedies.

Lastly, it’s not surprising that both Tran and Zhao cracked at the beginning of Chinese New Year which, like Christmas or major holidays, pose immense emotional pressure to Chinese immigrants to be happy and celebratory. People who are psychologically unstable often crack under those circumstances.

In 2009, a now 54-year-old Vince Li, also a Chinese Canadian immigrant who has gone through the Cultural Revolution in Mainland China, beheaded and ate part of a 22-year-old Canadian man on a Greyhound bus. Had Li been able to obtain a firearm in Canada, would he have committed a mass shooting? In 2015, Li was released in Canada and was not held responsible of the gruesome murder because of schizophrenia. Well, I have hope that humanity can triumph if Li’s case had a reasonably happy ending.