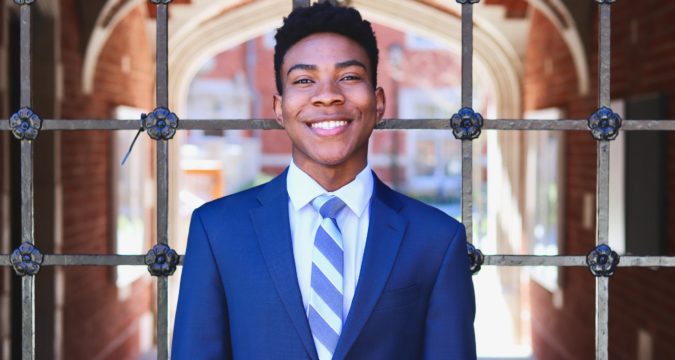 On December 3, 2022 at 3 pm Pacific Time, Yale in Hollywood Fest, the virtual global festival in its third edition, announces its awards and holds its livestream ceremony which can now be streamed on Youtube:

President of Yale in Hollywood Kevin Winston presented Yale in Hollywood’s inaugural Rising Star Award to social media influencer Kahlil Greene, aka the Gen Z historian, who is an online educator and advocate with 600,000+ and 20 million+ views across his Tiktok, Instagram and Linkedin platforms.

Best Narrative Short: “He Was Hope” directed by Taylor Conley

Lee, a Jamaican-American writer, actor, and producer, heads the features jury at Yale in Hollywood Fest. A graduate of Yale University and Columbia Law School, Robinne has accrued numerous acting credits in both film and television over the past two decades, most notably in “Hitch,” “Seven Pounds,” “Hotel for Dogs,” “13 Going on 30,” “Being Mary Jane,” and the “Fifty Shades” franchise. Her debut novel, The Idea of You, originally published by St. Martin’s Press in 2017, is now an international bestseller, with over a dozen foreign translations. Dubbed “the sleeper hit of the pandemic,” by Vogue Magazine, The Idea Of You film is currently being produced by Amazon Prime Studios with Academy Award winner Anne Hathaway in the lead role. Robinne is attached as a producer. An inactive member of the New York Bar, Robinne has also produced various independent films. She regularly speaks on panels and writes for trade magazines regarding the roles of women and actors of color in the industry. Robinne can next be seen in Netflix’s limited series “Jigsaw,” opposite Giancarlo Esposito.

Hwang heads shorts jury and is an American playwright, librettist, screenwriter, and theater professor at Columbia University in New York City. He has won three Obie Awards for his plays FOB, Golden Child, and Yellow Face. Three of his works—M. Butterfly, Yellow Face, and Soft Power—have been finalists for the Pulitzer Prize for Drama.

Schloss is an actress and current student at Yale University. Last year, Sophia received the Best Actress honor for her role in SJ Chiro’s feature Lane 1974.

Locker is an actor, writer, and alum of Yale University. Jeff currently serves as Vice President of Yale in Hollywood. His short film “The Forgotten Place” won Best Narrative Short Film in Yale in Hollywood Fest 2021.