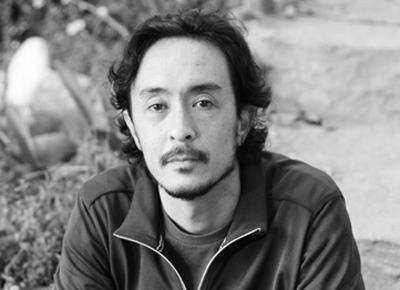 I grew up in San Juan Bautista, California, right next door to El Teatro Campesino. The founder/artistic director of that theater company is Luis Valdez, who wrote and directed Zoot Suit and La Bamba in the 1980’s. I was — and still am — very good friends with his three sons, Anahuac, Kinan and Lakin. Together with some of our other friends, we were constantly making videos and putting on shows at the theater. So when I was a teenager, I had direct exposure to filmmaking, and from Luis’ example and inspiration, I realized that it was possible to do it as a profession. If not for El Teatro Campesino, I have no idea what I’d be doing. C: What was the inspiration behind the Crumbles?
The other thing I did as a teenager was play in a punk rock band. I played in bands through high school, college, and beyond, and I didn’t really stop until I went to film school and decided that I needed to concentrate on one thing. None of those bands went very far, but the experiences were invaluable. We went through a lot of ups and downs, and I met a ton of interesting characters along the way. Some of my musician friends got too far into drugs, to the point where getting high became more important than playing music. I wanted to make The Crumbles for them, as a reminder of the lighter times, where everything wasn’t so heavy and anything seemed possible.

C: What’s your favorite part of the movie and why?

I’m a big music lover, so any part of the film that either features music, or is music driven, is probably my favorite. We were lucky enough to have Quetzal Flores, leader of the East LA band Quetzal, do all of the music for us.

C: What advice would you give a young Asian American filmmaker?

Make as many films as you can. But make sure they’re the absolute best work that you can do. And don’t expect anything.

C: What are you working on now? And where can people find more about you?

I’m currently working on a music video for the band Viento Callejero, a psychedelic cumbia group from East LA. I’m also working on a short documentary about Shin Miyata, a Japanese record label owner/music promoter who distributes primarily Chicano/Latino music in Japan.  You can find more of my work at my website: akiraboch.com.