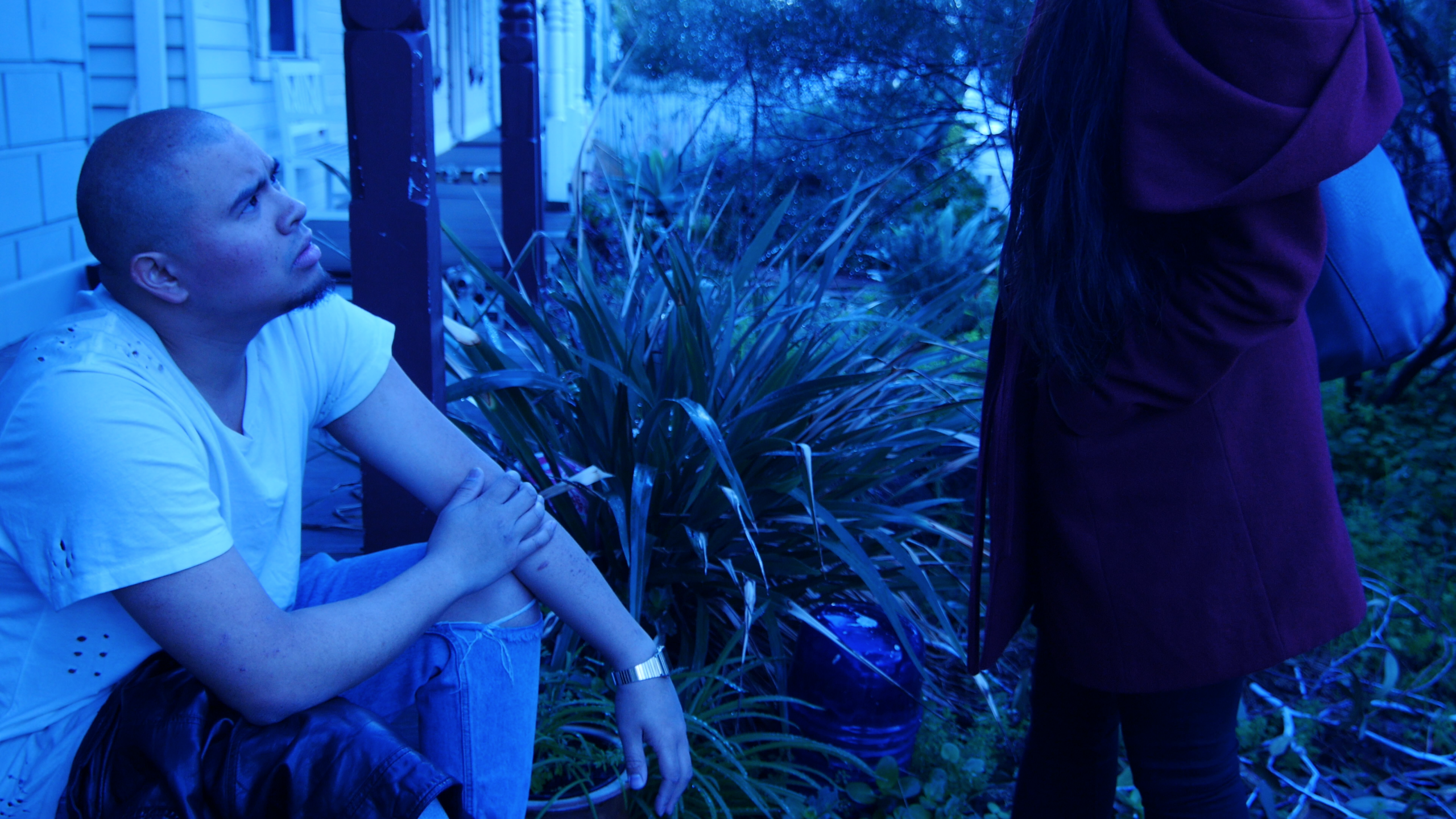 Matthew Victor Pastor is an irreverent and prolific experimental Filipino-Australian filmmaker living in Melbourne. He has made five features and several shorts in his 11-year-old career. Butterfly Flower, LOVE with the POET and his short Down Under are now screening on Chopso. C: How did you get started as a filmmaker? How old were you when you made your first film?

I basically grew up watching Jackie Chan films on VHS. Recreating amateur stunt video’s with friends may have been my first attempt at filmmaking. During my high school years I was always seen with a camera, and this wasn’t just during media class. In 2006 I filmed all 12 months of our final school year. We screened the 30 minute film at our graduation ceremony, to a great response. That doesn’t really count as a film though, so I’d say my first film was LOVE with the POET which I started at 18 years old.

C: Can you walk me through your filmography as you’re so prolific and so young?

My anxiety helps me stay prolific. To date I’ve made about 4 or 5 features (depending on whether you can call LOVE with the POET a feature at 52 minutes). There is Made in Australia (2013), Butterfly Flower: Please Wait To Be Seated (2017). Currently in post-production is Melodrama / Random / Melbourne! (2017) and Maganda: Pinoy Boy vs Milk Man (2018). We are also aiming to finish filming A prayer for the Filipino Family by years end making that three features for this year alone. In terms of shorts I’ve made about a dozen, with Ghost Man (2012), Down Under (2015), and I am JUPITER I am the BIGGEST PLANET (2016) being highlights.

C: Do you consider yourself an experimental filmmaker? Why are you drawn to this form?

I think my work can be defined as experimental. I think it has to do with my thought process when making a film. I start with a memory, or art form and shape the narrative around the nostalgia. For example, the 5 segments in Poet are based on 5 poems I wrote when I was a teenager, so the narrative is tied to the poetry for structure. The art form within the art form dictates the story. In Made in Australia the narrative is tied to the tape recorder, and later the type writier our young Asian-Australian hero is always using to record his pain, so the structure is disjointed like his recordings. For I am JUPITER I am the BIGGEST PLANET the film has no dialogue, as the format is silent film. This form mirrors the silence of the sex workers in the red light district of Manila. In Butterfly Lover the vignette’s are structured around the poetry of Khavn, who is a Filipino filmmaker I really admire. In my two upcoming features, Melodrama is shaped around a feminist documentarian, so the format follows documentary, and Maganda is shaped around 80’s Filipino exploitation films. C: Is Love with the Poet your first feature? What was the inspiration behind it?

Actually it’s my first failed feature. At 52 minutes it’s hardly a feature! The film is my love letter to Shunji Iwai’s All About Lily Chou Chou, a film I saw at 13 on the world movies channel. It basically changed my life. I was so moved by the images, the loneliness and longing of the youth in the film, even though I had absolutely no connection to Japanese culture and had no concept of filmmaking. I later sourced it at a Asian DVD store, and kept re watching it. I’m proud of the film as it captured memories I may never get back. We shot it in the house I grew up in, and captured the suburban silence of my childhood in Australia. This was before technology and smartphones sliced through our every thought. The people involved were close friends at the time, and the poetry captures how I was feeling. Many films about youth exist but not many of them were made by a 18 year old artist.

C: You collaborated with your wife Lisac Pham on Butterfly Flower and how was that collaboration?

Lisac Pham and I shared a very dear connection when we were making films together. At the time we were married, but we separated in 2015. She’s very talented, creating an amazing performance in Jupiter, as the down on her luck mother in the red light district. She also produced and acted in our short film Down Under, which was filmed in Vietnam. Going into Butterfly Flower (which she also has a staring role in) was easy as we had a close relationship. The film was birth out of a conversation with Filipino filmmaker Khavn at a Melbourne Kebab joint. He inspired us to make the film in under 24 hours. A bulk of it was shot in that time frame, however we ended up shooting over a longer period of time. As a couple our collaborations were deeply emotional, and we brought that creativity out of each other. I think I’ll be billing the film as “The final film from MVP & Lisac Pham”, in the trailer I’ll release soon.

C: So far, which film has been your most widely shown film and how was the reception?

Right now I think JUPITER my Victorian College of the Arts Master’s thesis film, or Made in Australia, which played TV in Australia could the ones with a good reception. In fact meeting the Filipino-American community at the 33rd LAAPFF screening of Jupiter gave me a fresh fire to keep making films, with a highlight showing the film to Filipino students at UCLA and connecting to them personally to share my story as a Aussie. Actually the words that I love most in regards to my work were from Asian-Australian arts publication Peril Magazine, in regards to Made in Australia, “there’s a sprinkling of filmmaker Tommy Wiseau’s genius”, I can’t think of a better compliment. I loved The Room!

C: Tell us about your latest feature Melodrama. When can we see it?

I’m so excited about this film, and release the trailer. A feminist documentarian, a pick up artist, and a virgin’s lives collide. Aries Santos is a Fil-Aus feminist documentarian who is struggling to complete her new film. Her subjects are the male members of ‘tMd – tru Male dynamics’ a company formed to teach men how to seduce women. There are other intersecting narratives in which blood is shed. It’s exciting because of the predominantly Asian cast and crew, and it’s that it’s part of the Fil-Aus trilogy starting with Jupiter, and ending with Maganda. These three films are the first of their kind, narrative feature films exploring the Pinoy in Australia that are actually made by people of that heritage. It’s also ‘Presented in Glorious Cinema – O Ke!’ and is a film you can literally sing along to. We are currently in post production, and will be screenings film festivals soon, but for now here is a sneak peak. Enjoy.