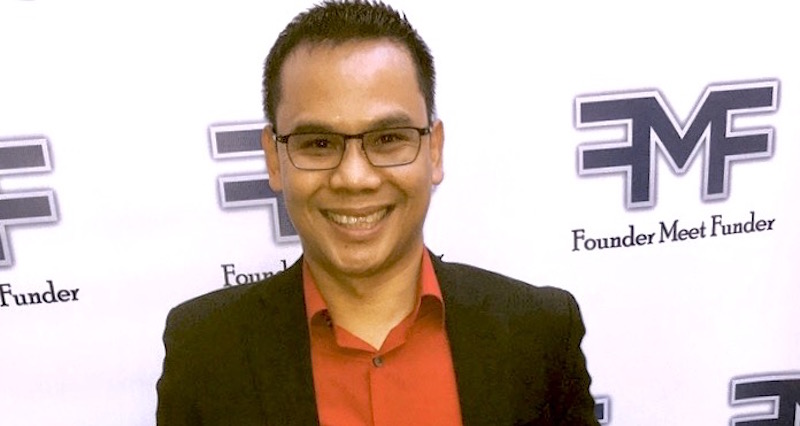 One day, I got a call from my friend Sinakhone Keodara and he said he was starting up Asian Entertainment Television (AET), a streaming television service like Netflix that would stream Asian American content. AET is 100% driven by passion. For whatever experience that Sinakhone might lack in running a television network, he makes it up with pure passion and vision that it’s hard to say no to. Most importantly, his heart is in the right place to start AET, an endeavor sorely needed for decades as most Asian American content is homeless and largely ignored by mainstream media.

I did an interview with Sinakhone Keodara, the founder and CEO of Asian Entertainment Network, via Apopolis. Check out AET today!

A: What is your vision for Asian Entertainment Television and how did you come up with the idea?

When I came to Los Angeles in 2006, my dream was to be an actor. I’ve had to overcome enormous struggles and frustrations due to the fact that there are very few roles for Asians in mainstream media. I’ve realized that it’s not enough to be on the acting side; we need allies on the executive side and the production side. We need something like AET.

My vision for AET is to become the leading source for Asian American Entertainment in the American arena. I aim to give Hollywood its Asian Superstars. I want to tell stories with Asian Americans who are whole, three-dimensional human beings with complexity. AET is intended to 1) provide Asian American filmmakers with a vehicle to improve our representation and normalize Asian presence in Hollywood, 2) to provide Asian American artists, musicians and performers with resources to showcase their talent and increase our visibility in the media, and 3) to provide a global Asian village square—an epicenter—where we can go to find all Asian American and Asian-centric (e.g., Black Asian, East Asian, Southeast Asian, South Asian and Middle Easterners) media.

A: Tell us a bit about your background and how you came to become a television innovator…

I came to America as a refugee from Laos at the age of 12 in 1986. We moved around a lot while growing up so when people asked me where I grew up I didn’t quite know how to tell them. All my life, I’ve been told that I’m an “other” due to being a refugee. I’ve been told that I’m less than or not worthy because I am Asian. I was made to feel I don’t belong. I’ve even been told on more than one occasion to leave America, to go back to where I’ve come from. I’ve been humiliated during class by teachers making fun of families who are on welfare, which my family was at the time. My family and I have endured extreme racial profiling and discrimination while living in Manitowoc, Wisconsin. I’m tearing up as I’m writing this. I recall one incident when my mom came back home carrying groceries that she got from the food pantry, shaken, crying because someone slowed down his car as he pulled up to her walking on the sidewalk, rolled down his window, stuck his head out, spit at her and told her to “go back to where the f**k you came you f*ing gook.” My poor mother who barely spoke any English gave that person the American salute and her middle finger and managed, as best as she could, a “Fuck you” before walking away. My family and I have gone to restaurants where we were kept waiting a really long time to be seated while the hostesses sat white diners who arrived after us. We’ve had salespeople silently following us around the store and not saying hello or offering to help but were watching us as if we were going to steal their clothes. This was between 1988 and 1992. What compounded that pain was to see all the demeaning racist jokes against Asians on TV, at the movie theaters and on the stage.

Because of my experiences enduring racial discrimination growing up, I am sensitive to social injustices and I spent a majority of my adult life trying to help my Lao American community organize, and eventually volunteered my time to help Legacies of War advocate for UXO clearance from Laos. That has since transformed into my current desire to help the Asian American community as a whole.

The idea for AET streaming platform was inspired by an article that I have read about Director Robert Rodriquez launching a Latino cable network called El Rey Network in 2013. As part of my research, I reached out to Producer Rose Kuo, the executive director of Qingdao International Film Festival, and found out that the cost was insurmountable and very unrealistic to attain with my limited resources at the time. Hearing the news in August of this year about Apple launching an open source version of 4th Generation Apple TV giving you freedom to integrate with apps, it dawned on me that my idea of launching a vanguard network for Asian Americans became attainable. Hence the birth of AET.

A: Tell us a bit about your programming… who are the content creators you’re working with?

At present, our programming primarily features Asian American content in the English language, as well as Black Asian and LGBT content. Beyond that, AET will also curate content from Asia beneath the MOTHERLAND umbrella which will cater to the following demographics of the Asian family: East Asian, Southeast Asian, South Asian, Pacific Islanders and Middle Eastern. You can find more information on our website, www.asianentertainment.tv.

As far as content creators, I have a diverse collection of collaborators who are creating original material for us, but we plan to keep mum on their names until we are ready to announce production specifics. However, I want everyone to know that almost anyone could become a content creator with AET. At the top of our webpage is a tab called “Submit” where you can link to us media you’ve made. This is part of our goal to upraise the profiles and reach of Asian actors, musicians, writers and filmmakers, established and aspiring. For specific conditions and requirements, go to our website, but in general if your work features Asian contributors in some way, good odds you can get your work showcased on our website.

In ten years, I want AET to become a self-sustaining media empire consisting of 5 divisions that include an OTT streaming platform, a film and tv production studio, a music record label, a management company and a gaming division. I don’t know how long it would take to normalize Asian presence on the big screen, but I aim to have established the infrastructure needed to take it that far.

A: What are the plans for original production for AET?

While our immediate goal for AET right now is in acquiring more licenses to expand our library, we are already evaluating and developing original content. We are accepting and reviewing scripts and writing some of our own. A major necessity for improving the representation of Asian Americans is having Asian hands and eyes be involved in crafting and directing the creative process, and that’s a role we intend to fulfill. It’s not enough to just facilitate the viewing of Asian American featured content; we need to be on the creation side as well.

A: Why is AET necessary at this time?

Hollywood still produces films where white actors are playing roles meant for Asians or have white protagonists at the center of Asian stories. The most recent example is Director George Nolfi’s Birth of the Dragon, wherein a fictional white character is added to the plot to facilitate the fight between Bruce Lee and his master. There have been a lot of adaptations of Asian stories that have been tragically disastrous in their execution due, though not limited to, apathy verging on contempt to the Asian source material (Dragonball Evolution) or greed to exploit powerful Asian stories and ignorance of their nuance and significance (Old Boy, 47 Ronin). This continuing and damning trend necessitates new life on the production side of filmmaking – Asian American actors cannot flourish without parts written and directed for them.

You can find more information regarding this subject under the FAQs section of our website at www.asianentertainment.tv.

A: Who is one person that you look up to and why?

That would be director Justin Lin. When I saw his film Better Luck Tomorrow, I saw how he normalized Asian Americans, freed us from being essentialized versions of ourselves. It opened a door for me that gave me the permission to follow my dream. Or rather, he kicked down the door that I had thought would always be closed to me. Closed because I was a refugee. Because I was an immigrant. Because I was Asian. He presented a vision that the American dream could also include Asian Americans. He was the container that held the hope for Asian American artists to follow in his footsteps. I’m grateful to him for giving us that creative license. Plus, he’s a badass director.

A: If you die today, are you happy with the life you’ve lived?

Realistically, I can’t answer that question with a yes or a no. There’s a quote that I love by Nelson Henderson that says, “The true meaning of life is to plant trees, under whose shade you don’t expect to sit.” For me, as a person, I’ve always followed by heart, so over my lifetime I’ve planted a lot of seeds. Some have blossomed, some wilted and died and some are still in early stages of growth and there are those that have matured and gone on. At this point in my life I feel like I’ve got so much more to do. I’ve overcome a lot. I’ve given even more. And for those things that I regret, I’m still a work in progress.