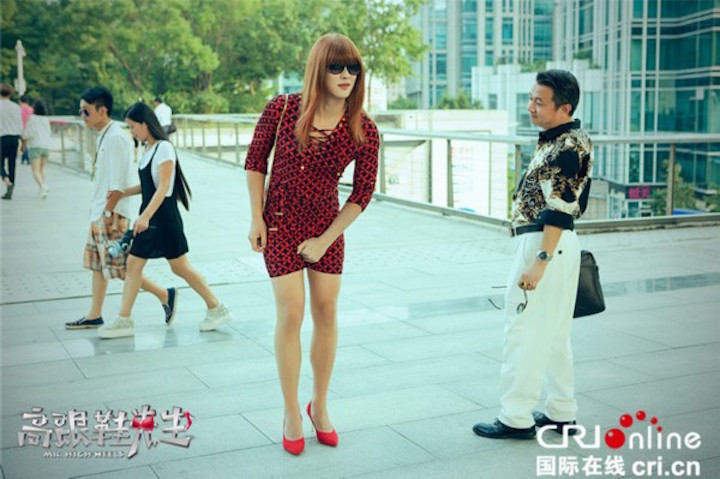 Director Lu Ke has made the first cross-dressing movie in China called Mr. High Heels which is due to be released on 2/19 in China. A mainstream feel good and endearing comedy, Mr. High Heels tells the ludicrously romantic story of a software engineer who must cross-dress to chase after the girl of his dream after she was dumped by her cheating boyfriend and decides to explore dating women. The result is a light and gender-bending comedy with sensitive and empowering portrayals of LGBT people as the censors permit. I daresay it’s as gay a mainstream Chinese film can be at this point in time.