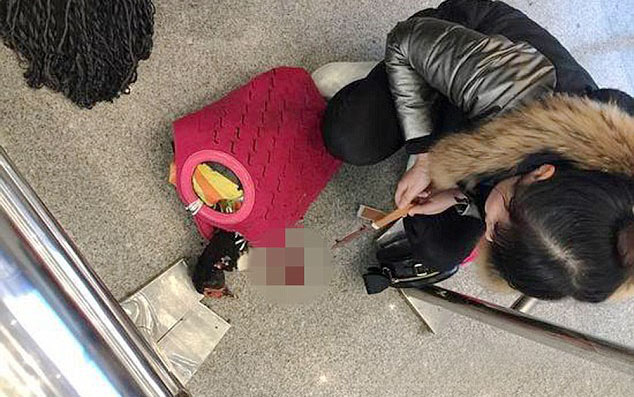 A woman was preparing to board a train in China when she presumably realized that the live duck that she had stuffed in her purse would not be allowed on board. To solve the problem, she cut the duck’s throat, waited for it to bleed out and proceeded to board the train.

According to the Daily Mail, the incident happened at the Chengdu East Railway Station in the Sichuan Province yesterday morning. A woman in her early 20s and her dying duck were caught on camera by another passenger Mr. Wang. When Mr. Wang asked her why she would kill an animal in public and disregard other passengers’ feeling, she explained that she was not allowed to take livestock on the train so she had to kill it before boarding. She said she borrowed the three-inch fruit knife from a passerby.

If the woman was caught with the live duck on the train, she would have to be fined. On the other hand, letting a duck bleed to death by the train platform is not forbidden but is just a little gross.