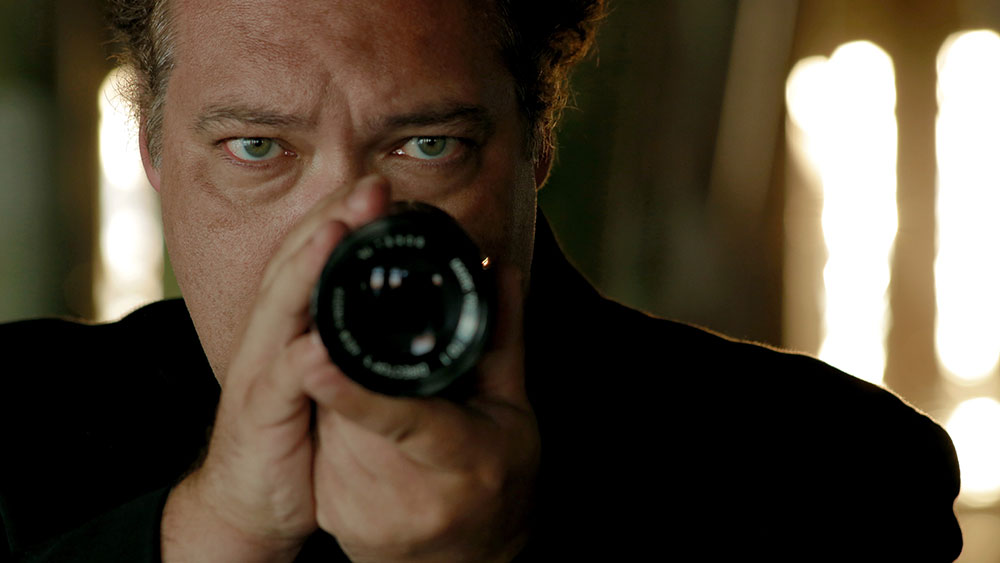 Dax Phelan, the writer and director of the acclaimed thriller Jasmine, is about to direct his second feature Kirkwood, another mystery thriller. Gillian Sand caught up with Dax about his latest cinematic adventure for CHOPSO.

Are you happy with the success of “Jasmine?”

Very happy, especially considering what a long and difficult challenge it was to make.  Since premiering at the Hong Kong International Film Festival, the film has received mostly positive reviews from critics and audiences alike and racked up nearly 100 awards.  It also landed distribution with Lionsgate, received a theatrical release, and is available on VOD and DVD. It’s comforting to know that, if someone wants to see the film, it’s easy for them to find.  It’s also great to see how many of my actors have gone on to do bigger things. Jason Tobin is on Cinemax’s “Warrior.” Byron Mann is on Netflix’s “Wu Assassins.” Eugenia Yuan was on AMC’s “Into the Badlands.”  Best of all, the film is continuing to make money. I’m very curious to see how the film will be regarded in, say, 10 years.h

How has “Jasmine” helped you to launch your second feature, “Kirkwood,” as a director?

Immeasurably.  Certainly, the film’s success is a major factor because that inspires confidence in others that you have at least some idea of what you’re doing and can execute when the going gets tough.  It’s helped me get in the room with actors who may not have given me the time of day had Jason not won 12 awards for his lead performance in “Jasmine.” I think there’s a trust there that I’m going to support and protect their performances, not just on set, but in the editing room as well.  “Jasmine” also helped me find – and thoroughly vet – a core team of A players, most of whom will be returning for “Kirkwood.” So, it’s positioned me well. Furthermore, as successful as “Jasmine” was, it also taught me a great deal and I’m anxious to put what I’ve learned into practice, in order to achieve an even better result this time around.  I was asked at a Q&A recently if I’m worried about suffering a “sophomore slump.” Actually, I think “Kirkwood” will be a quantum leap. I can’t wait.

What’s “Kirkwood” about in a nutshell?

On the surface, “Kirkwood” is a Hitchcockian suspense thriller about former police detective, Joe Dolan, and his estranged teenage son, Max, who grow closer as they work together to cover up an accidental murder.  But, when the family of the deceased hires Randall Chasen, a ruthless private investigator, to re-examine the evidence in the case and Chasen begins to suspect the Dolans, Max’s sanity is pushed to the breaking point and Joe must take extreme measures to keep their secret safe.  Beneath the surface, the film is very much about how the consequences of our actions impact us, the complex relationships between fathers and sons, how good people sometimes do bad things…

We’re working on casting the role of Joe Dolan here in Los Angeles and raising money.  We plan to shoot in and around my hometown of St. Louis, Missouri late in the fall. It’s an exciting time.

I’m looking to cast the role of Joe first because that decision will impact every other casting decision in the film.  Obviously, you don’t want to cast the role of the son, Max, until you know who’s playing the father. The same goes for the role of Chasen because he and Joe need to be perfect foils for one another.  And so on. The orchestration is incredibly important. Furthermore, except for maybe the role of Chasen, I’m not looking for matinée-idol types. I want faces that will lend the film some verisimilitude.  It’s a story set in the Midwest. For Joe, I need a 55-year-old Gene Hackman, not Warren Beatty. Those are our marching orders.

What inspires you most about making “Kirkwood?”

Whenever I set out to write and/or direct something, I always search for some personal connection to the material, which usually takes the form of a problem in my own life that I’m trying to solve during the process.  In “Jasmine,” for example, I really connected with Leonard’s loneliness and the complications that resulted from it. That was my way in and it inspired me every day.

In terms of “Kirkwood,” the basic concept came to me in a nightmare and contained many semi-autobiographical elements.  I fleshed out the idea with my own father, who, like Joe Dolan, is a former City of St. Louis policeman. Ironically, while working on the story together, my dad and I started to communicate more than we had in years and I think our relationship improved as a result.  I’m not sure if that’s a case of life imitating art or art imitating life, but that personal connection certainly inspires me.

To me, it’s really cool that I wrote this story with my dad.

Can you talk about your affinity and love for the mystery thriller genre?

It’s funny, my fiancée and I were just talking about this.  She was asking me why I want to do another thriller after “Jasmine.”  You know, why not a drama? Or a comedy? (I’ve written in both genres on assignment quite a bit over the years.)  The truth is that, except for maybe musicals, I like all kinds of movies and am interested in making other kinds of movies.  I never sit down at the computer and ask myself, “What thriller can I write next?” I’m more interested in exploring aberrant behavior, primal urges, irony, and so forth.  And, when you explore such things in a serious and responsible way, chances are that it’s going to lead you to the dark end of the street.

Who is one filmmaker you admire and would always watch his movies?

Wow, that’s a great question.  Hmm. In terms of living filmmakers, I’m not sure if I can narrow the field down to just one.  It’s probably a toss up between Paul Thomas Anderson, David Fincher, Martin Scorsese, Steven Zaillian, Alexander Payne, and Lodge Kerrigan.  Yeah, if I was phenomenally wealthy, I’d pretty much give any one of those guys a blank check to make whatever they wanted.

You began in the film industry as a film executive. How have you translated those skills into being a director?

That’s an interesting question.  My experience as a Creative Executive probably helps me more as a writer than as a director.  In general, I have a sense of what executives are thinking (or, in some cases, not thinking), I probably have a sharper sense of story than a lot of directors from other backgrounds, I know how to process story notes, and I know how to pitch to a tough crowd.  I used to work for veteran producer Mace Neufeld (“The Equalizer”) and, if you can pitch well before Mace, you can pitch anyone. The man has a face of granite. It can be withering, if you’re not used to it. I’ve seen people completely go to pieces in his presence.  [laughs]

What is one advice you’d give a director making her first feature?

Either write – or get your hands on – a script you love, embrace the art of raising money, surround yourself with people who are better than you, produce the film at a low cost, never give up (no matter how bad things get!), and make your investors’ money back and then some.  If you can do all that and stay healthy, you’ll never stop working.