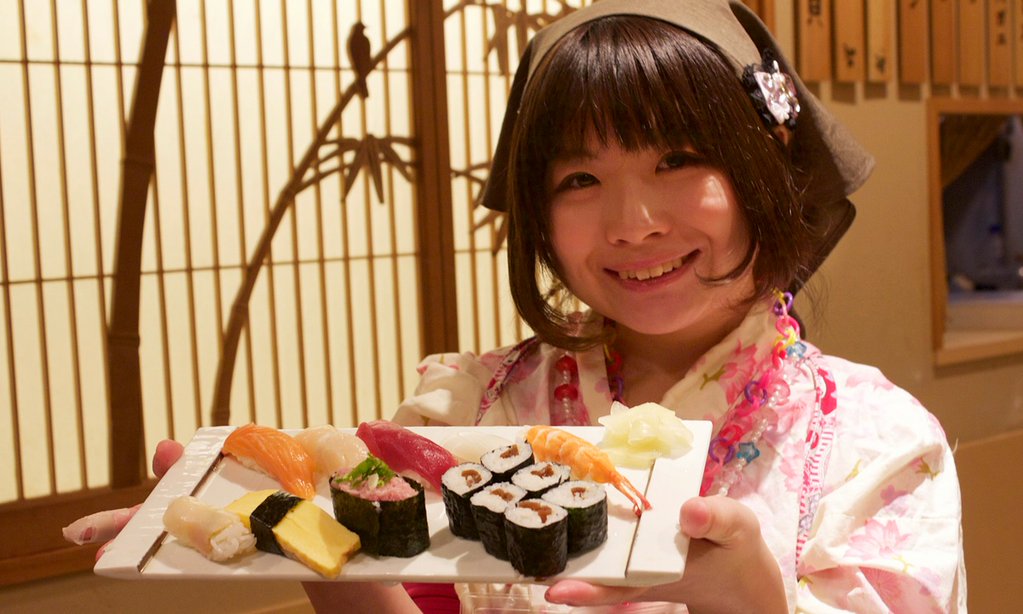 Sukiyabashi Jiro—the son of famous sushi chef, Jiro Ono— once commented on why women can’t work at his and his father’s restaurants:

“The reason is because women menstruate. To be a professional means to have a steady taste in your food, but because of the menstrual cycle, women have an imbalance in their taste, and that’s why women can’t be sushi chefs.”

Other myths include 1) women have warmer hands and you need cool hands to keep the fish fresh 2) women have smaller hands which will “mess up” the size of the nigiri 3) women wear perfume and make-up, etc. so that’s totally going to mess up the taste of sushi and 4) women can’t handle the super hard work when it comes to running a restaurant… um, Nigiri, please!

Thankfully, times are changing (slowly) and a restaurant in Tokyo’s Akihabara district, Nadeshico Sushi, is getting a lot of attention for having all-female sushi chefs. The restaurant was founded by Yuki Chizui and she is determined to destroy the stereotype and sexism against female chefs in Japan. In an interview with The Guardian, she says:

“It’s all about having the confidence… The hours are long and the work can be physically tough, so that’s why some people believe women are not up to it. If they want it badly enough, they can overcome the sexism.”

She also commented that some of their male customers only show up to make fun of the female chefs but she “regards them as fools.”

Even in  Los Angeles, Chef Niki Nakayama has been challenging sexism at her restaurant n/naka. In the documentary series by Netflix, Chef’s Table, Nakayama noted that they have a “closed kitchen” to avoid bias reviews against a female head chef preparing the food.

Despite these revolutionary individuals, we still have a long way to go when it comes to breaking down this ridiculous gender gap in the sushi world.