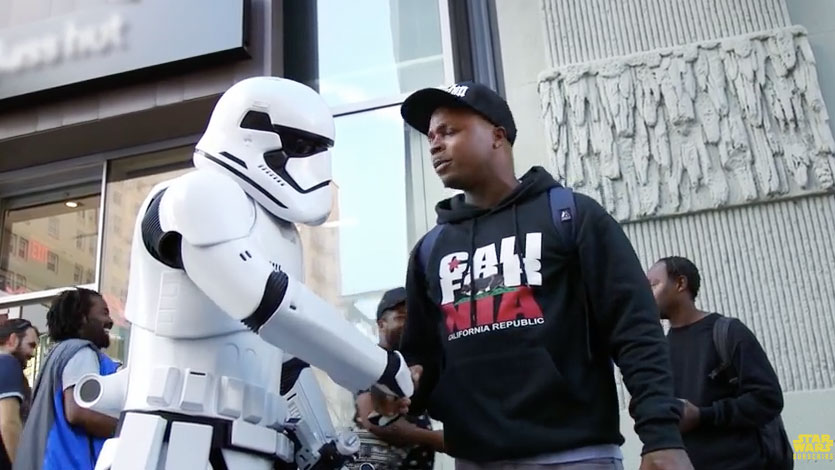 Mark Hamill, in the name of charity, dressed up as Storm Trooper and walked along Hollywood Blvd. The result can be seen in the three-minute video. Star Wars: The Force Awakens has been teaming up with omaze.com for a charity campaign. The fundraising campaign will pick two grand prize winners. Each will receive four tickets to meet the cast, walk the red carpet, attend the premiere of Star Wars: The Force Awakens and the after party.