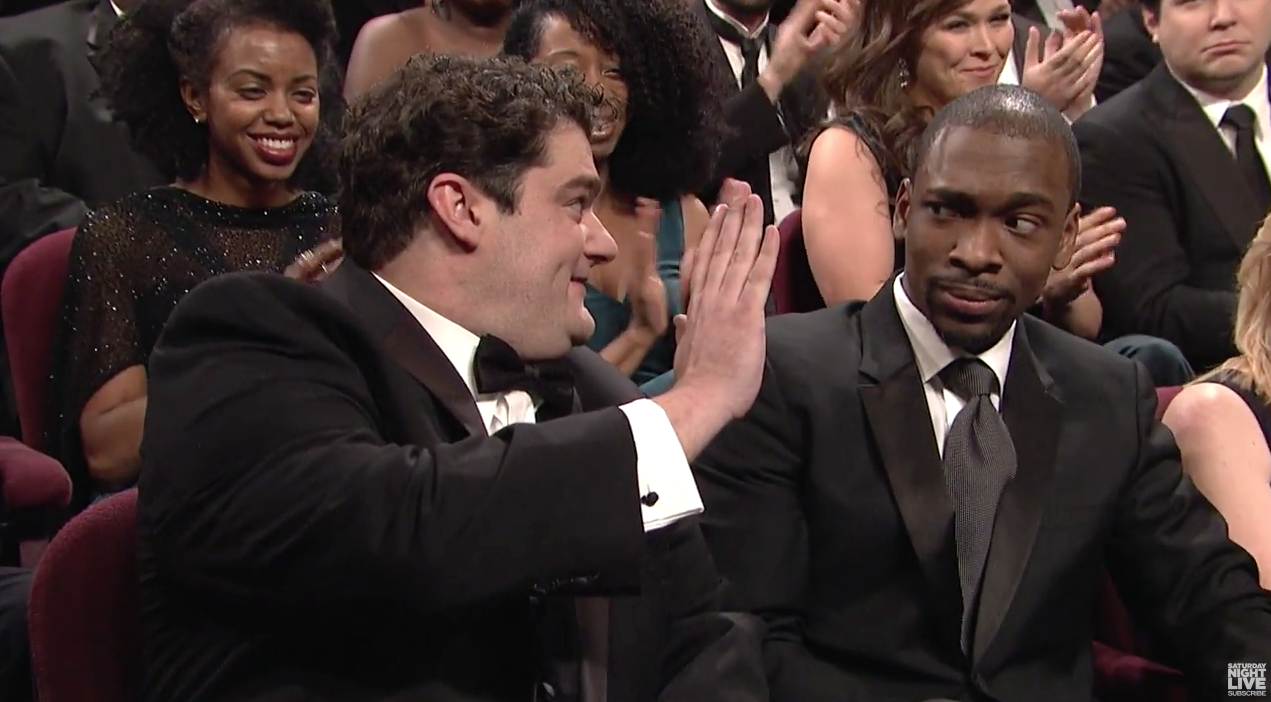 On Saturday, Saturday Night Live presented a skit poking fun at the controversy surrounding the lack of diversity for the Academy Award nominees this year despite films such as Creed, Straight Outta Compton and Beasts of No Nation. Jada Pinkett Smith and Spike Lee are leading the boycott by refusing to attend next month’s award ceremony. More will probably follow suit.

Check out the SNL’s hilarious skit.