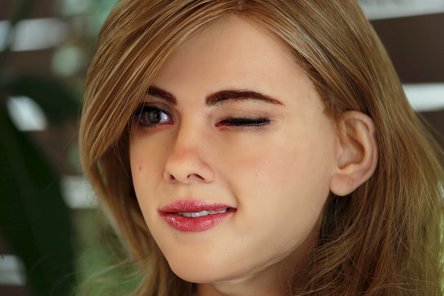 Perhaps inspired by Spike Jonze’s 2013 film Her, a Hong Kong man spent $50,000 of his own money and built a lifelike robot that has an uncanny resemblance to the film’s actress Scarlet Johansson down to the mole on her cheek.

42-year-old product and graphic designer Ricky Ma spent a year and a half to build the robot who he named Mark 1. Underneath the silicone skin, 70% of the robot skeleton is made from using a 3D printer!