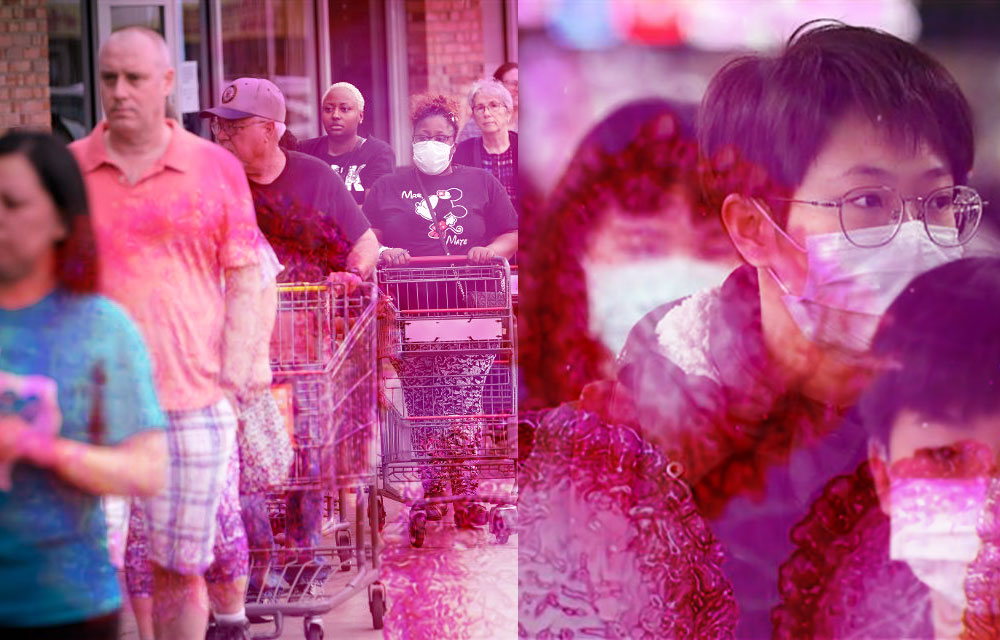 I first noticed this ideological war about a month ago on Facebook. A Singaporean American friend kept posting a lot of pro-China articles praising how China has controlled the Novel Coronavirus situation and US needed to learn from China. I had some social media debates with him and was surprised to realize how pro-authoritarian he was. He even said that it was right for China to be initially covering up the Coronavirus so as not to cause mass panic. Knowing that he was a single parent with two children born in America, I wondered why he felt that way and even joked that perhaps he should get paid by China working as part of their propaganda machine.

As I thought more about my friend, I realized it made perfect sense for him to defend China as he himself grew up under an authoritarian regime, Singapore. As for myself, I grew up in Hong Kong during the British colonial era where my family and I were given a lot of freedom—both freedom of speech and freedom of press. Even though in Hong Kong we could criticize the government, we couldn’t exactly change it or elect our governor as our governor was always sent from the United Kingdom. When I was growing up in Hong Kong, my dad went to Singapore in the 80s and came back saying that it was an incredibly repressed and authoritarian place where you could only smoke in designated areas and could not even chew gum.

Taking into the context of my friend who was born and raised in an authoritarian government, I shouldn’t have been surprised that he’s pro-China in the sense that he does subconsciously or consciously believes authoritarianism is for the greater good of a country and, despite having a family for two decades in a fully democratic country, finds comfort in authoritarianism. It sort of resembles what my mom in Hong Kong would say, “I don’t know what democracy is about. Even if you let me vote, I wouldn’t even know who to vote for or what.”

I can understand there is comfort in letting an authoritarian government make decisions for you, so neither can you blame yourself for your well-being or the lack of, or have yourself take on the responsibility of fighting for your own and your community’s well-being.

Of course, on a theoretical level, between authoritarianism and democracy lies a continuum. There is no country that’s absolutely authoritarian or democratic. While America leans toward democracy, we still get restrictions from the state governor, albeit having voted for him/her. And we try our best to stay shelter-at-home and only go out for essential activities to contain COVID-19. Yet being in California and having been given the restriction of shelter-at-home is still a stark contrast compared to living in Wuhan where soldiers are on the street with guns enforcing martial law. Where would you prefer to live? In a country where they give you directions trusting you to follow them to the best of your ability… or in a country where soldiers have guns pointing at you to make you follow the directions of the government?

That’s the clear but fine line between a democratic and an authoritarian government. That also defines the ideological battle being fought between democratic governments and authoritarian regimes behind the global discourse and panic of COVID-19.

As a citizen and benefactor of democracy, I’m just asking you to stand up, speak up and keep well in the course of this COVID-19 epidemic so we will triumph over the authoritarian propaganda in this hidden battle of ideology.