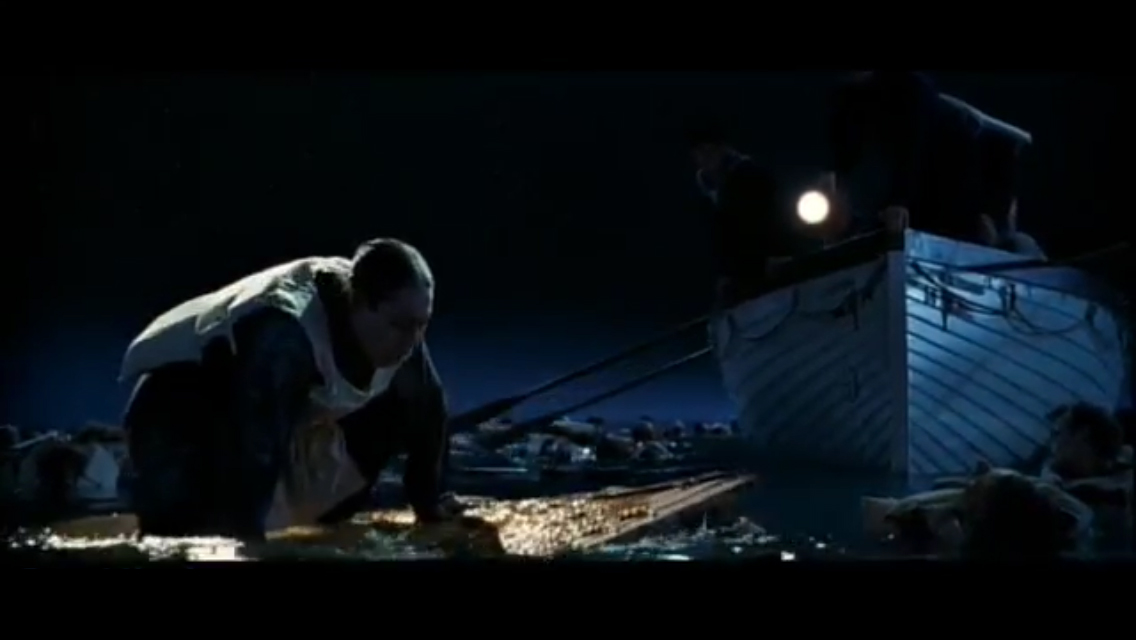 featured image: Fang Lang is rescued in a deleted scene from Titanic (1997)

In fact there were eight, all third-class passengers and on their way to start a two year contract on a fruit ship in the Caribbean. When Titanic hit the iceberg, five of them made it to the life boats, remarkable given that 80% of their fellow third-class male passengers perished. A sixth Chinese passenger was later found floating on a big door, one of only a handful of people pulled alive from the freezing waters (yes, that big door. He was likely the inspiration for Jack and Rose’s famous door scene in the 1997 James Cameron blockbuster) Never heard about this? Most haven’t. Whilst the stories of almost all of the other 700 survivors have been told and are remembered, the six Chinese who escaped have almost completely disappeared from history. But that could soon change. A new documentary currently being developed by Shanghai-based filmmaker Arthur Jones and historian Steven Schwankert hopes to solve the 100 year old mystery of who these men were, and what happened to them.

Chung Foo, Ah Lam, Lee Bing, Ling Hee, Chung Chip and Fang Lang arrived in New York on April 15th rescue ship RMS Carpathia, but were the only survivors denied entry to the United States. The Chinese Exclusion Act of 1882 restricted Chinese nationals from entering the country, and they were instead taken to Ellis Island, were immigrants were held for processing and deportation. Two days later, they set off on the Annetta, the ship which had hired them for work. Following in their wake was a wave of publicity about the disaster, one of the world’s first global news stories. As survivors’ names began appearing in papers, so to did stories that the Chinese passengers had disguised themselves as women and hid under lifeboat seats in order to escape. ‘Had the Titanic been a Chinese vessel…not a woman or child would have been saved.’ (The Scranton Republican, April 19, 1912)

That the order to load lifeboats with women and children only was given has been disputed, and the idea that this was normal practice is common misconception. In fact, says Jones, it is likely a combination of the language barrier and their being experienced sailors which meant the six managed to escape. “This was coming at a time of anti-Chinese rhetoric and propaganda, so it’s not surprising the papers latched onto this story. Official testimony at the Titanic inquiry suggests that they boarded the lifeboats along with everyone else.”

Chinese migrants in the late-19th to mid 20th century were recognised as hard workers and provided a stream of cheap labour, causing eventual backlash over wage depression. Exclusion Acts were introduced exclusively against Chinese nationals in various countries, including Canada, Mexico and United Kingdom (where mass deportations saw Chinese men separated from their British wives and families).

In spite of this, Jones believes that at least three of the six Chinese survivors ended up in North America, with one possibly in UK. “We’re digging through an enormous amount of archive, looking for any trace of these guys, and have some great leads.” But, he explains, a shipping record or visa document can only tell historians so much.

“We want to tell the stories of these men, how they lived their lives in a period of such prejudice for Chinese migrants. We’re looking to find their families and children, people who knew them and can fill in the blanks.”

Jones and his team invite anyone who thinks they may be related to one of the survivors, or who has known them personally, to contact them by emailing arthur@lpfilms.net

You can follow the project as it develops online at facebook.com/thesixdocumentary