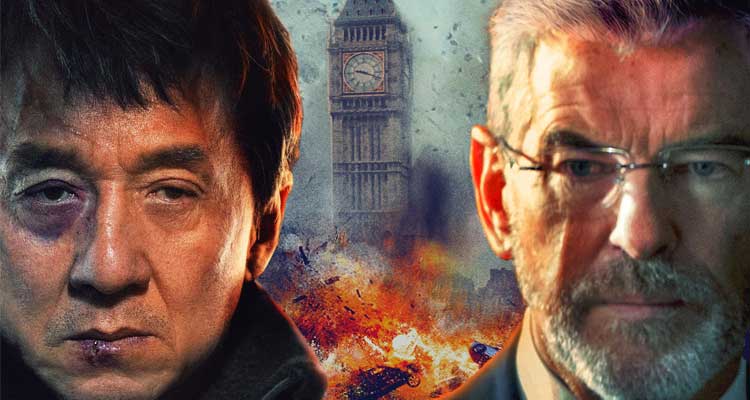 I finally saw The Foreigner yesterday. So proud of Jackie Chan for taking on a role out of his comfort zone and he was very, very good in it. But I walked out of the theater profoundly disappointed and frustrated, and I’m going to write my longest FB rant – not without spoilers. Consider yourself warned.

A few people have told me that the movie is similar to Taken and Jackie Chan is kind of like Liam Neeson’s character. But to me Jackie’s character is more like Rambo, a casualty of larger social issues who decides to seek justice in his own terms. The difference is – when I saw First Blood, not only did I feel sorry for Rambo, but I imagined myself to be him or wished I was him. I admired him. But when I saw The Foreigner, I only felt sorry for Jackie’s character Quan. Period. He never seems like the main character in the movie, because he doesn’t have the biggest stakes, isn’t under the most pressure, and isn’t the most conflicted character in the movie. All those things apply to Pierce Brosnan’s character. In fact, in most of the scenes I – an Asian guy who grew up watching Jackie Chan as one of my personal heroes – was more connected to Pierce Brosnan, even though he was morally ambiguous and had an Irish accent that I sometimes had to stretch my neck in the premium reclining seat to understand. What does that tell you?

I’ve never read the book the movie was adapted from – The Chinaman. A quick Wikipedia search only got me a very brief description. And the description is ALL about Quan. I don’t doubt there are other important characters in the book, but I think it’s fairly reasonable to assume that Quan is more interesting and has more dimensions on the page. And on the big screen, he is reduced to a namely titular character with a backstory haphazardly thrown at us through a few lines and cliched flashbacks. He’s got nobody else left in the world. He’s been through hell and has suffered major losses before. He’s received special force training. All boxes are checked. Wait, we can do better. We gotta respect the Chinese, so let’s change the title from The Chinaman to The Foreigner. Now ALL the boxes are checked. Who gives a shit if he’s interesting? Now let’s get on with the real story and real characters. I wish I could find a better way to put this, but Jackie Chan’s character is just a glorified narrative device in the movie. I actually wish the title was still The Chinaman. At least that would’ve given Jackie’s character more weight and made us think about him a little more after the movie. Isn’t he called just that throughout the movie anyway?

I do think Brosnan’s character is a great character in the movie, but I refuse to believe Quan is so much less interesting in the source material that he got robbed of all internal conflicts and complexity when it was adapted for the screen. Never once in the movie did I feel that we were truly taking his perspective. All I can feel for him is sympathy. I don’t want to feel sympathy for my hero in a movie. I want to feel admiration, stress, pain and joy for them. I want to become them. I don’t even care if an Asian character is good or evil, as long as they are interesting, complex, and human.

Why am I so disappointed and frustrated? Because this movie was produced by Jackie Chan and backed by one of the most powerful Chinese film studios. What in the world were they thinking? It was a golden opportunity to create an Asian hero that people all over the world can all relate to and admire on a human level. But in the end, Quan gets a “Thank You” and is left alone. He remains invisible and will perhaps will continue to be referred to as “Chinaman” behind his back. Isn’t that how the model minority is treated in America?