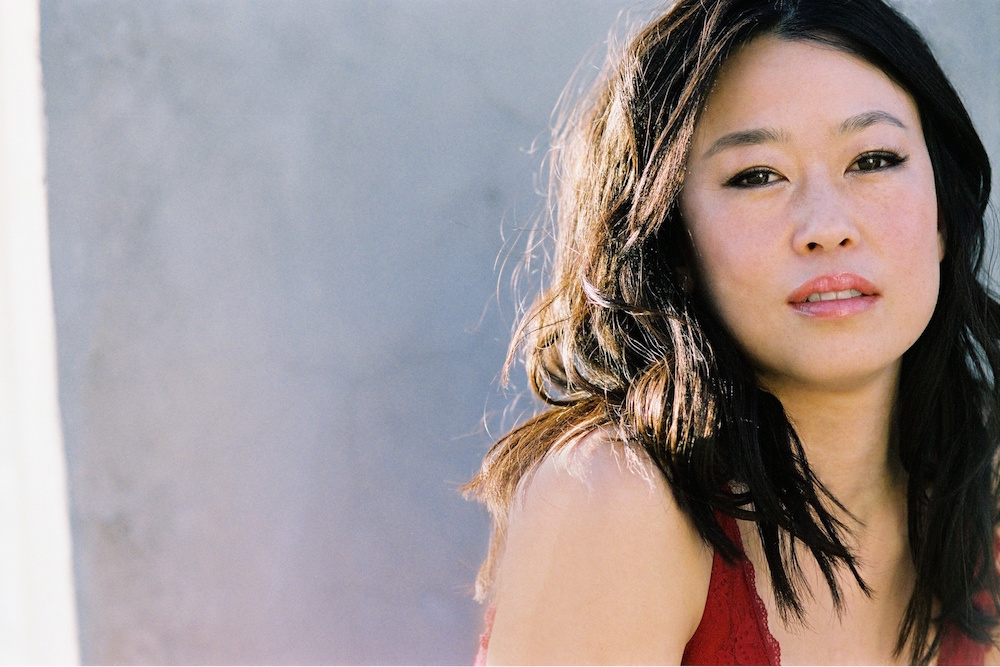 C: Can you talk about in a nutshell what inspired you to make Adultolescence?

VS: Adultolescence was inspired by my relationships with my family members and my “voyeuristic” observances of how other people related to their family. I’m inspired by films that reach people on a visceral or emotional level first and then intellectual second. At the time of developing this story, I watched some family stories that dealt with identity politics in a didactic way, often portraying oversimplified characters saying what they mean, what they want, and how they feel very directly as if there’s nothing at stake. The conversations and conflicts are straightforward and superficial, and often there is a family member who plays the misunderstood victim and another the perpetrator. In real life, I have never observed people relating to each other this literally.

I wanted to not only make a realistic film that reminded people of their own complex, familial relationships but also tell a story that is both-sided in portraying the undercurrent of a parent-child relationship– not just focusing on the perspective of the young ingenue. Adultolescence also evolved from development through post-production because in the process I became a mother too. This again changed my world view and how I wanted to portray family dynamics from multiple perspectives.

C: While Adultolescence is a very personal story, what do you see is the relevance for the global audience?

VS: When I watch an Ang Lee film, whether he’s telling a story with a Chinese family or an English family, you can feel there’s something happening in every situation other than the situation that’s directly presented. There is so much history and resentment built up that it comes bursting out beneath the seams of what the characters’ are saying to each other. This is human relations in all families, which crosses cultural boundaries that everyone can understand.

I wanted to make a film that didn’t dumb down material for cross-cultural audiences because I believe people inherently understand subtext. The exciting part for me is that this story is interactive in the sense that in any audience, it depends on the individual, not the ethnic group you belong to, that determines how you experience Adultolescence. Depending on your own personal experience and familial relationships, this determines which characters you have an affinity for or how you interpret each character’s motivations, strengths and flaws, and culpability in their relationships.

I was thrilled that, during the festival run, Adultolescence reached international audiences, who were especially captivated and compelled by the character of the immigrant mother. This role is too often portrayed as a stock character in American film and television. Jeanne Sakata’s psychologically-astute portrayal of an immigrant mother as a brutal yet caring and endearingly unequivocal character, humanized, garnered her a Best Actress award at Monaco Charity Film Festival. This was especially poignant for me because it was very important to dispel the “Tiger mom” stereotype in this film. One of my goals was to reveal the universality of all parental struggles; as well as the misunderstood love of immigrant parents despite the colliding world perspective of their American-born children.

People both inside and outside of the Asian-American community have told me after watching Adultolescence— “That’s my sister”, “That’s my mother”, or “I know that father”. So, if people around the globe are able to watch the film, they might find it very relevant and a reflection of their own lives.

C: If there’s one idea or message you want people to take away from Adultolescence, what would it be?

… That after a certain age, you can’t blame your parents anymore.

C: What advice would you give an Asian American filmmaking (filmmaker) starting out?

Like the theme of almost all Disney animated features, “Be yourself”, I’d go one step further and say, “Know yourself.” I am transitioning to writing for television, and I was told that procedural shows are hot right now so that’s what I should work on. First, I would be horrible at writing something I’m not passionate about. And, second, by the time I write it, the trend could change. So, I think it’s important to work on projects that you can go the distance with because it can be a long journey.

It’s also important to be your own advocate because no one is magically going to come in and hand you unconditional support and all their time. If you’re waiting for a producer or publicist or distribution company to come in and hold your hand, it most likely won’t happen. So, it’s important to know that you have to lead your own way despite inevitable obstacles, and have the endurance to follow through. On the bright side, this can be very empowering.

C: Can you talk about the challenges you have been facing with distributing Adultolescence from the festivals to a wider distribution?

In this sense, I never really sought out to sell the film to a distribution company, knowing they would not be super excited about this film. I got some really great advice from some classmates of mine from USC film school, who had a successful distribution plan. A distribution company was interested in their film, but they ended up self-distributing because the “secret” is distribution companies hire aggregators, which are also available to filmmakers directly. You can actually have control over how your film gets marketed and distributed. So, this is what I’ve decided to do. I think when you go to film school and are a creative person, you think you can’t or don’t want to be involved in the business side and that’s for other people to handle. I think in this new digital-distribution era that kind of thinking is changing.

C: What are you working on next?

I’m working on a comedy webseries about the crazy stuff single moms have to go through and an episodic series called, After Math, which is both a comedy and drama about a polarized, micro-society within one community.