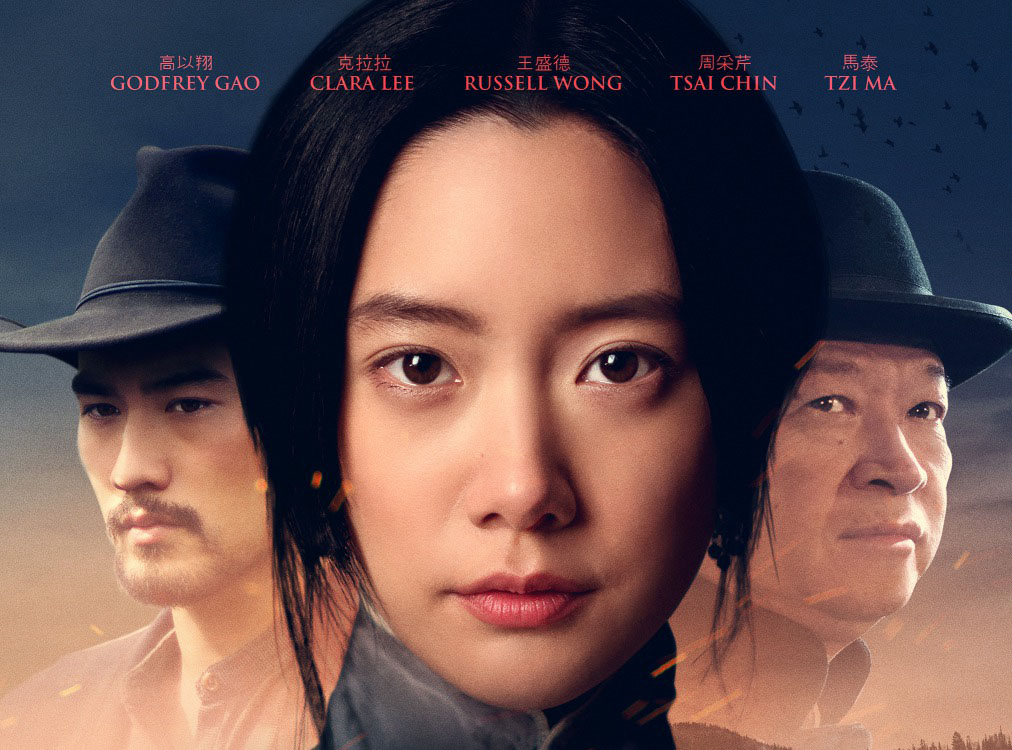 My friend and mentor Director Po Chih Leong, part of the Hong Kong New Wave Cinema in the 70s, talks to CHOPSO about his latest feature, The Jade Pendant, a fictitious retelling of the infamous Chinese Massacre in Los Angeles that had been buried for over 140 years until writer John Johnson Jr. uncovered it in 2011. The Jade Pendant was based on the novel of the same name by L.P. Leung.

C: Can you talk about your beginnings as a filmmaker and how you got into directing in Hong Kong in the 70s?” PCL: My beginnings as a filmmaker started in the London winging 60s when I did a short movie about two couples’ experience on an afternoon. In 1967 while working for the BBC as a trainee editor, I was invited to help set up TVB in Hong Kong where I produced and directed 10 weekly programs, a combo of pop music, films, and political discussions.

But my main aim was to direct movies, so I left TVB to start up a company shooting TV and film commercials for Hong Kong and Southeast Asia. I tried to interest Shaw Brothers and Golden Harvest to do a contemporary film about Hong Kong involving cops called “Jumping Ash” (with Phillip Chan’s script… at the tine he was a young superintendent in the Hong Kong police force). The legendary Siu Fong Fong and I were to co-direct. But they were only interested in martial arts and kung fu movies. I had directed a series of successful ads for Jimmy Yip and persuaded him to invest. Jumping Ash proved to be a smash hit. Some say it helped to herald Hong Kong’s New Wave, but it was more western influenced than the other works by the local New Wave Directors. Subsequently I was nicknamed ’the Gweilo director’ when I went on to work with Golden Harvest and Cinema City.

*”Jumping Ash” or 跳灰 was a slang in Hong Kong in the 70s that meant trafficking heroin.

C: At the beginning of the millennium, you began making Hollywood films and television movies. What was the transition like?

PCL: Just before the millennium I was invited to direct a movie titled Immortality in London with the young Jude Law. It was distributed by Miramax in the U.S. I decided to venture to the US where I directed both TV movies and theatrical movies with Steven Seagal, Wesley Snipes, Judd Nelson, Eric Roberts… etc. The transition was not that difficult. I brought a Hong Kong sensibility which does not require massive coverage when shooting scenes. Hong Kong directors tend to know what they need from a scene, so don’t shoot lots of takes from different angles that often exhaust the actors. Clint Eastwood works in a similar mode. That does not mean I am not willing to experiment. It means preparation.

C: You’ve worked with every famous Chinese talent out there… who was the most memorable?

PCL: I worked with some exciting Chinese talents. Chow Yun Fat (Hong Kong 1941) always brought an unexpected element, Alex Man and Leslie Cheung really prepared well for their scenes, Yip Tung (Hong Kong 1941) was a joy to watch (she has that Chinese feminine quality in Hong Kong 1941 – better to have loved despite a tragic experience than not experiencing love at all), Cherry Chung (stunningly beautiful when she played the blind girl in Banana Cop).

C: Out of all the Hollywood actors you’ve worked with, who was the most memorable?

PCL: Of the Hollywood actors Jude Law stands out. I needed an animal quality to his performance in Immortality. He went away for two weeks and on the first day of shoot he came back with the quality of a lizard — watchful, alert, and ready to pounce. Eric Roberts is an underrated actor. I asked him to bring a fatal flaw to his character as a cop, and he reveled in it. He turned his character into a tragic figure.

C: I daresay that The Jade Pendant is your first Asian American movie, the first movie about Asians (i.e. Chinese) in America. How did the project come about and why did you take on the movie?

PCL: I read a book about the Chinatown massacre in Los Angeles 1871, and thought it was compelling and ready to be filmed. Fate interceded when I was approached to direct a movie based on a semi fictional book about the massacre titled “The Jade Pendant”. It was a dream project as I had always wanted to make a movie about the Chinese experience in America in the nineteenth century. And many of the cast felt the same way. It was told from a Chinese point of view, not from a white American point when the hero is inevitably a white man saving the Chinese. It was about the Chinese amongst the Chinese. There are both good and bad characters.

C: Having lived in America for awhile, how do you think the story of The Jade Pendant can impact Asian Americans and Americans at large? What does it say about America?

PCL: The Jade Pendant will resonate with Asian Americans and Americans alike. There is a Chinese tradition of commenting on a situation by playing that story in the past. In contemporary America (hopefully a short period under Trump) there exists racial discrimination against immigrants of certain races. This is reflected in The Jade Pendant. There are so many Asian American stories (historic and contemporary) waiting to be filmed.

C: What is your favorite scene in The Jade Pendant and why?

PCL: One of my favorite scenes from The Jade Pendant is the meeting between the main female and male character in a brothel. We learn about what drives them.
The kissing scene is funny and unusual. The most difficult scene is the massacre. There are so many elements and different pieces of drama.

C: Have you made your passion or dream project yet? What is it?

PCL: I’ve yet to make my passion project that is cross cultural where the two main characters one is Asian and the other American. It is a difficult balancing act. When Chinese try this, they make the Westerners one dimensional. When Americans try this, the Chinese character is cliche.