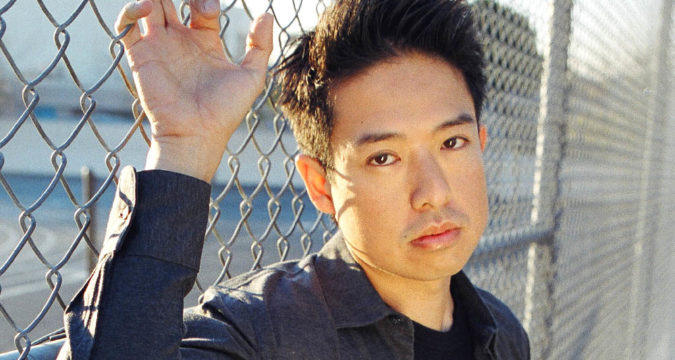 In light of the recent post-COVID hate crimes on Asians worldwide, I’m re-posting this original blog published on Xanga.com on January 29, 2004. I was gay bashed in Orange County leaving a gay Asian friend’s party where the assailants from a vehicle called me and my friend “faggots.” When I reported the incident to the OC police, they refused to classify it as a hate crime even after I told them they used the word “faggots” several times. Their excuse was that they could not prove that you were visibly LGBTQ so they could just be saying “faggots” not as a hate word but just a general fighting word to “rile you up.” I’m still confused to this day why that wasn’t classified as a hate crime… maybe because LGBTQ people were viewed as an invisible minority and simply treated as one.

On the unsuspecting Saturday evening of January 24, my friend Sean and I drove down to La Palma for friend’s going-away party. It was a chill-out party packed with about a hundred people, mostly young gay Asians from Orange County, in a suburban house. About 12:30AM, we were given courteous messages from the host’s parents that the party had to come to a wrap. People were still chattering on the lawn about what to do next as Sean and I left the house.

Halfway toward my car, a silver Accord coupe with tinted windows stopped beside us. Someone yelled “Faggots!” out of the car window. Instinctively, I responded, “F**k you!” Without warning, two people jumped out of the car as I ran toward mine. It was already too late when I reached my car.

Fists were pummeling against me as I held out my arms to block my head as much as I could… an instinct I developed as I emerged from the water after wiping out on the surf. I was kneeling on the ground against the car as two dark shadows kept hitting me from above and kicking me. After a few minutes, they ran off as I lay on the ground. I got up, got inside my car and watched them drove off into the night.

Adrenaline rushed through my veins as I drove around looking for Sean. All I could feel was that I was still alive and I could still move my limbs. I drove a couple of random blocks in the dark and drove back to where I was beaten and saw a cop car turning in toward the area. I flashed my high beams and stopped. As I got out, the cop ordered me to go to the curb as if I were a criminal.

“I was just attacked!” I yelled at him. Two more officers showed up.

“Get on the curb!” said the officer.

“Sit on the curb, sir!” the officer commanded. “You’re intoxicated!”

“I’m not intoxicated!” I protested.

“Just go to the curb!”
I watched my idling car in the middle of the street and walked toward the curb. Now I noticed the blood dripping down my elbow and began to feel the sore on my forehead, back and hip. I sat on the curb as officer M stood by me. Watching me as if I were the perpetrator.

One of the officers took out a video camera and snapped stills of my swollen face as I held up my bloodied and scraped up elbow. I was shaking in shock… just answering all the questions they asked me the best I could. I told them exactly what I remembered happened. I ran toward my car and two guys were beating on me. Sean said that he ran back to the house. The perpetrators were exactly midway between my car and the house.

“You should have run toward the house next time,“ commented one of the officers.

“So what they did they call you?”

“And what did you say back?”

“You shouldn’t have provoked them,” said one of the officers.

“Did you remember anything about them?”

“Well, they must be white,” said Sean. “They don’t have an accent. They aren’t black, Asian or latino.”

“I don’t remember. It was too dark.” I sank to silence as they asked Sean a few more questions.

“Watch him,” said officer B to officer M who was standing next to me.

“I can’t believe this happened to me,” I said in my half-state of shock. “Especially in Orange County.”

“Crime happens everywhere,” said officer M. “But you shouldn’t have provoked them.”

“Well, if a woman was raped, do you think that she provoked him or them to get raped?”

“Maybe she isn’t going to get raped,” he said.

Officer M grudgingly walked to his car, pulled out a first aid kit from his car and handed me a couple of alcohol pads. As I opened them, they were dry.

“Yeah,” I said and crumpled the dry alcohol pads in my hand and watched the blood coagulate on my elbow.

“Maybe you could go back to your friend’s house and clean up,” he suggested.

By the time all the interrogation was over and my ID returned, I felt that even I was the victim of the crime I was treated like a criminal by the cops. Back in my car, I was cleaning my wounds up with my own first aid kit as Sean was driving beside me.

“I want to check something…” said Sean and turned back in the direction where the perpetrators drove off.

“Just a second…” Sean drove into a couple of dead end streets along Santa Magarita. “It was the second left. I saw them turned into the second left… and it’s a dead end. They must live here.”

Sean drove around to where Officer B was and told him that he saw them driving into the second left rather than the first left.

“If they had searched the garages right away, they would have found them,” said Sean as we were back on the highway to L.A.

As I felt the lump on my forehead, touched my swollen back and checked my scraped elbow, I felt numb but alive.

“I ran back to the house and said you were being attacked, no one did anything on the lawn. Then I went back into the house, he and his parents did nothing. Only Henry and Howard came out,” said Sean.

“Who called the cops?” I asked.

“I don’t know. Someone must have.”

“If all of them came out, you wouldn’t have been attacked,” said Sean bitterly.

Sean and I hung out a bit when we got home. After he left, I turned in to sleep and had dreams about what happened. The next day, I drove around L.A. and had coffee with my friend Wil whom I told the story to.

“Did people come out of the house and help you?”

Wil sighed. “They were afraid.”

“But I’m not afraid. I’ve never been afraid. If I were, I wouldn’t have yelled back to them.”

“Asians in this country were raised to be subdued… just to get by. It’s like my
parents. They’re really afraid. They always teach us not to stand out or make a wave.”

“Now having experienced this, I could understand why my friend would want to leave Orange County. I couldn’t grow up in such an oppressive environment when your neighbors could be bigots or gay bashers,” I said. “But you know, I never thought it could happen to me. I never thought I could be gay bashed. Especially in Orange County, which was supposed to be one of the safest places in the world,”

“I’m scared for my parents who still live there,” said my friend Justin Lin, who directed the MTV released Asian American hit “Better Luck Tomorrow” based on his experience of growing up in Orange County, “I mean Orange County is so unpredictable. It’s safe for white people. If you want to play their game, then that’s okay. When I was growing up in Buena Park, my friend, this black kid, gotten beaten by these white kids and he fought back. The cops threw my friend in jail. And just recently, my Indian friend and his brother were beaten by these skinheads right around the area you got jumped because the skinheads thought they were middle-eastern. They fought back and eventually the cops came. The cops arrested my friends rather than the skinheads. Can you believe it?”

Still, I wished I could have fought back more. I wished I could have fought back more rather than fallen on the ground trying to duck their punches. I could have pressed the “panic” button on my key chain to activate the car alarm. I was angry for being made vulnerable. With everything happened, I also felt lucky that I wasn’t too injured. Maybe that was why the Orange County Register reporter said, “There isn’t that much for me to go on.” Should I have become crippled or had my face scraped off to be dramatic enough?

And it could have been much worse.