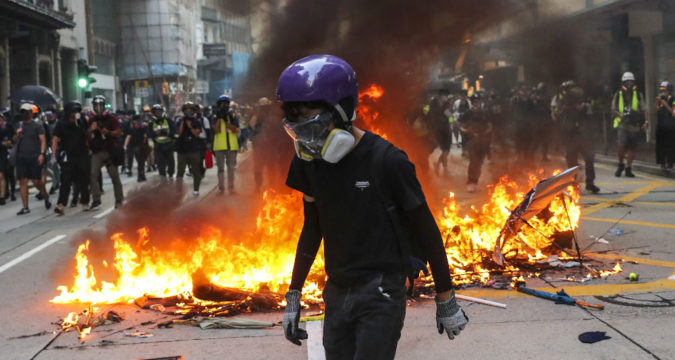 I was born in the 70s in Hong Kong. When I was growing up there, I still remember the text books called Hong Kong “Pearl of the Orient” and “one of the four tigers in Asia,” then being South Korea, Taiwan, Singapore and Hong Kong. There was so much to be proud of being a child of Hong Kong.

Almost five decades later, due to COVID and having become American, it would be impossible for me to go back to Hong Kong to see my mom without a 3-week quarantine. Just today, I realized my friend has changed the title of an indie film he made in Hong Kong to a title that excludes “Hong Kong” from the original title. For her to have a vague chance to have her film distributed in China, having the word of “Hong Kong” in the title would be dead before arrival. Sad to say, due to the political and cultural situation, China has little choice but to systematically wipe Hong Kong off her past glories.

Having been a native observer of Hong Kong for my brief five decades of lifetime, helpless and sad, I do see this tragedy as a post-colonial historical necessity. Hong Kong was part of China, and was forcibly taken by the British in their colonial days. But then as a colonial subject, I was benefited by the reasonably free and democratic lifestyle. Would I have a tough time when Hong Kong was returned to China?

Apparently my parents thought so in the 80s. So they uprooted us and took us to Montreal, Canada, where my dad worked for a cargo company. My mom didn’t like the Canadian lifestyle and eventually chose to return to Hong Kong. I was initially resentful of my parents for plucking me away from Hong Kong. But since I wanted to be a filmmaker and go to film school I took the opportunity to go to college in the U.S. where I eventually stayed, became a citizen and had a child.

In 1999, I met a Hong Kong filmmaker friend Peter Chan who asked me to be his assistant on his first Hollywood feature. And I did. Later, he returned to Hong Kong to start his own studio and invited me to come back to explore the possibility of working for him in Hong Kong. As I was procrastinating over a few years, I made a documentary feature titled 0506HK and decided that I would instead stay in America and make films.

Between 2005 and 2006, I felt Hong Kong was still optimistic. The protests were peaceful and meaningful. But then in another fifteen years, Hong Kong people have became discontent, the protests violent and China tightening control in return. In these fifteen years, Peter has become a successful filmmaker in China, and I happily continue to be a struggling independent filmmaker in Los Angeles.

But as a child of Hong Kong, I do feel the obligation to preserve her history as a storyteller. Check out my doc feature 0506HK.