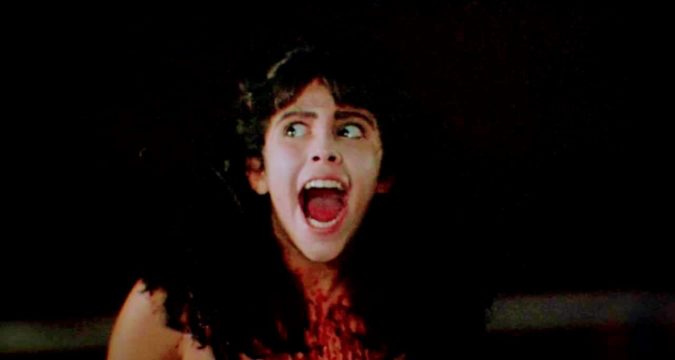 The origin of the modern slasher film lies in the giallo genre of the early 70s epitomized by Mario Bava’s A Bay of Blood (1971) featuring teenage sexual encounters and a high body count of gory murder scenes.

The modern slasher flick was born into American popularity with Sean Cunningham’s Friday the 13th that captured the global horror box office. Its birth was inevitably tied to Tom Savini’s innovation of prosthetics make-up effects that illustrated graphic murders in imaginative ways.

Here’s my list of ten most original slasher flicks, according to my opinion of course.

Wes Craven was simply the winner to creatively combine the modern slasher genre with a supernatural serial killer. Dare I call his name?

Before the American revolution, Dario Argento was morphing Italian giallo into the modern slasher flick. While Deep Red still remains a giallo and a psychological horror, Argento brought in haunting supernatural-like visuals into the genre.

With Tenebrae, Dario Argento re-created a new giallo by infusing the American slasher into the giallo genre post Friday the 13th.

1983’s Sleepaway Camp is the first slasher movie, or horror movie, that put an LGBTQ+ protagonist front and center.

1986’s April Fool’s Day remains one of my favorite and most original slasher flicks with no one really dying… oops did I just give away the movie?

Who knew the the first English language modern slasher film was in fact a Canadian Christmas horror movie? Hail, Black Christmas! You’re the mother of it all!

Even though John Carpenter’s Halloween is so classical, we sometimes forget how original it was. It was the beginning of the modern slasher film.

Before Jonathan Demme dressed up a slasher movie with an A-list cast, John McNaughton made the gritty and realistic Henry: Portrait of a Serial Killer in 1986 that spawned a new true crime / serial killers centered genre from the American slasher.