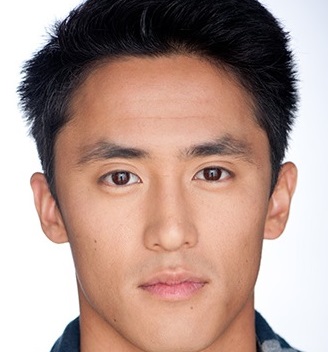 CHOPSO interviews Anthony Ma, the writer and star of Elevator which is currently streaming on CHOPSO.

What’s the one line synopsis of Elevator?

AM: A pregnant woman who must face her future. A criminal on the run from his past. And the conversation that may alter both their realities for the better. What was the inspiration for you to write it?

AM: The idea of Elevator has been in the back of my head since I was a teenager when I finally realized how strong and courageous my mother was to raise me on her own. I started imagining what my life could’ve been had my mother decided to give me up and how different of a person I could’ve turned out to be. Elevator is basically an allegory of my mother’s tale with a little fantasy twist.

You have two short films on CHOPSO as well, The Chinese Antique and The Perfect Woman. And looking at your IMDB, you’re one of the busiest actors and filmmakers I’ve ever met. What keeps you motivated?

AM: The Asian American entertainment community is what keeps me motivated. Being someone who’s been around this scene for quite some, I’ve seen it firsthand of how it developed into what it is today and I’m so proud of how many talented storytellers we have and excited for what’s in store for us as we continue to pave the way for the generation after.

What advice would you give yourself before you went into the film industry?

AM: You can’t do this alone. So be bold, inspire and trust more.

What are you working on and where can people keep up with you?

AM: I’m currently deep in the research/writing phase for a dramatized miniseries based on the stories surrounding the Vincent Chin tragedy and case. I’m also back on my funny shit and working with a sketch comedy group and we plan to produce an album of comedy shorts. I’m also the proud Executive Director of the Taiwanese American Film Festival, our second edition is slated on August 3-4. We’re currently accepting submissions so make sure to let your filmmaker friends know to submit their films! You could find more info at: www.taff.la.

Keep up with Anthony at www.anthonyma.com and on at Instagram: @anthonyma