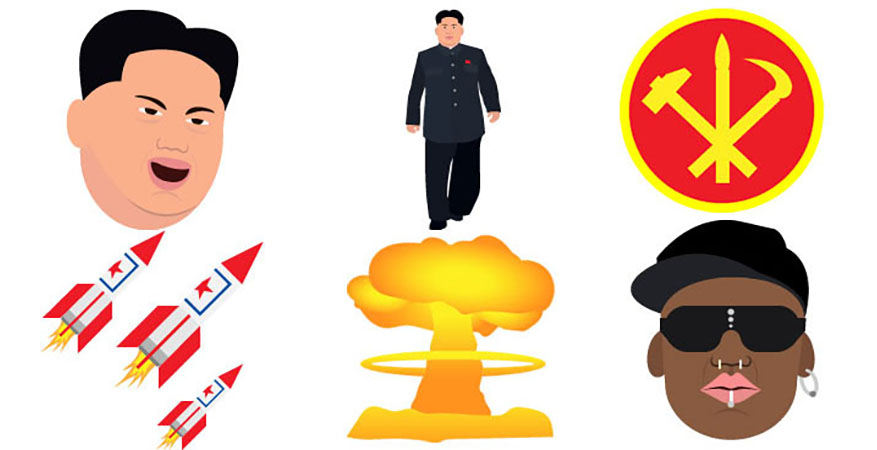 After the recently-released emojis of Kim Kardashian have been making the round in the app store, American designer Ben Gillin decided to counter what he thought were some rather crass #Kimoji images with his own hilarious take. His North-Korean-themed #Kimunji has images of Kim Jong-un, Kim Jong-Il, Kim Il-Sung, Dennis Rodman, missiles and even mushroom cloud. This proves to us once again that as scary crazy as Kim gets, the pop culture world wouldn’t be the same without him.