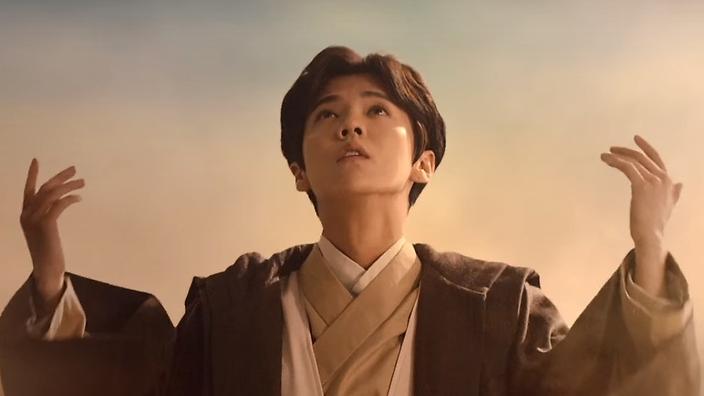 Star Wars: The Force Awakens is now officially the No. 1 film of all time in North America. Now the world (or at least the producers) are waiting to see how it opens in China and just how much more money the franchise is going to pocket. The Force Awakens will be released on January 9 in the second biggest film market of the world. China has inevitably been adding its Eastern flair to promote the release. John Williams be damned – here’s Star Wars‘ official theme song as sung by the Chinese pop star Lu Han.