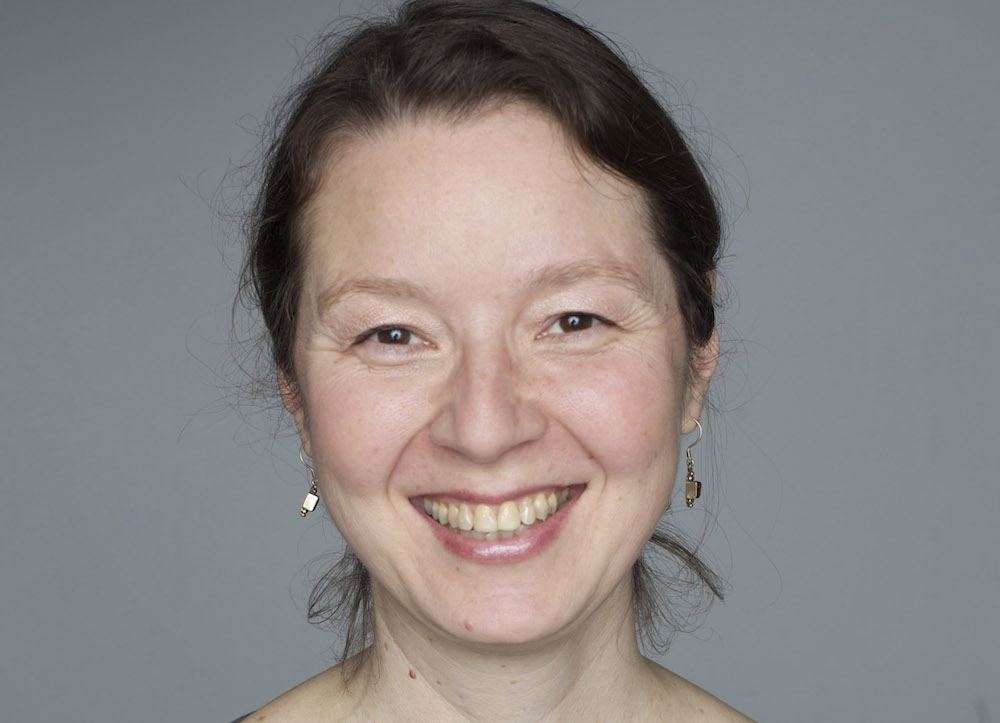 C: Tell us about your latest animated feature Window Horses and what was the inspiration for this story about a mixed-race Canadian poet traveling to a poetry festival in Iran.

Window Horses is the story of Rosie Ming- a mixed-race stickgirl who is living with her over-protective grandparents in Vancouver, and is invited to a poetry festival in Iran, where she learns the many truths about her Persian father, who she thought abandoned her when he was a child. That’s the story, but it is a delivery system for a film about building bridges between generations and cultures through the magic of poetry. It offers a little bit of kindness, tolerance and understanding in our increasingly complex, confusing and scary world.

C: It seems most of your work has a strong autobiographical element to it. How does autobiography influence or inspire your work? How does your identity as a mixed race Asian Canadian inform your work?

We are who we are, and we see the world through our own particular lens. Window Horses is all about that, actually. I think all art is autobiographical, in some way. My own life experience and the histories of my ancestors is pretty fascinating to me, because i really do believe that we are all effected by the geo-politics of our time. To add to Gauguin’s quintessential questioning: “Where do we come from? What are we? Where are we going?” I would add “Why?” Being mixed race is still an issue in many parts of the world.

C: What was the collaboration between Sandra Oh and you like? Was it the first time you two worked together?

Sandra and I were supposed to make a film together a long time ago, which didn’t happen. She went to the U.S. and became a household name, I went to live in a castle in Germany and met all these poets from around the world. 20 years later, we came together to make window horses. This was such a hard project to get off the ground. I wanted to do a crowd-funding campaign on IGG and realized I needed to amplify my message… I needed a champion. i approached Sandra, as i thought our pro-art, pro-tolerance, pro-girl, mixed-race diaspora story would resonate with her, and it did! (Also, she is a big fan of stickgirl; my avatar for almost 30 years). I was so lucky that she had just stepped off of 10 years of grey’s anatomy and had a very precious window of time to help with this project. Because everyone was interested in what she was working on next, we got to talk to press all around the world about culture, art, family, love, curiosity and empathy… with no film yet! Sandra was also instrumental in bringing other fantastic actors to the film. Her integrity, her ability, her commitment, her energy… were such an important part of making the film happen.

C: Can you talk a little bit about The Magical Life of Long Tack Sam which is both a documentary feature and a book? I believe I bought the book but didn’t get to see the documentary. Why did you decide to do both a book and a documentary together?

You can watch the documentary on www.nfb.ca now 🙂 The Magical Life of Long Tack Sam is my search to find the forgotten history of my great grandfather, who was a world famous, globe-hopping Chinese vaudevillian acrobat, magician and comic who toured the world with his Austrian wife, bi-racial daughters and circus troupe at a time when all of that was pretty much impossible. It is a celebratory story. i spent several years researching the film. The future mother-in-law of an editor from Riverhead Books saw the film on television in New York City, where she happened to be an inner city school teacher, and thought that it would be an excellent way to get immigrant students interested and proud of their own family histories. So she reached out to me to make a graphic novel. Honestly, I have been a comic fan from birth and this warlike a dream come true. It was such an honor that i was totally frozen and it took me a couple of years to produce it. I love the tactility of a book. things have changed with accessibility to this title (After 10 years, the distributor, National Film Board of Canada has made it free.) But before that, you could find the book in any library. It was voted on Top 10 List of Books for Teens by the ALA in 2007. You can read it on your own time, in your own way. And it shows people there are many ways of telling a story. Of course, I was able to put in different elements… like the global timeline, which really puts his life into perspective… that is all of our lives.

C: What are your thoughts about traversing genres and mediums from documentary to narrative to a book as an artist? Your first feature “Automatic Writing” was considered an experimental film… do you agree?

Actually, New Shoes was my first feature. It also used a variety of different techniques. It was also considered “experimental”. I think every story asks for a different expression. People tend to use the word “experimental” when something does not fit clearly in to a category. I like to think of all my work as personally experimental, because I am constantly exploring different ways of making. I love all genres of filmmaking. I love animation. I love documentary. I like drama. I am hooked on narrative, but all time based-media is narrative by nature. I love it when filmmakers take you from one world/genre in to another. Do you remember the film Actress by Stanley Kwan, exploring the life and influence of Ruan Lingyu, the Chinese Marlene Dietrich? He took you seamlessly from documentary, to reenactment to fictional storytelling. and you trusted him. Avatar is perhaps the most well-known mixed-genre film, and it spawned a world of different media.
I think of myself as a writer, first. but am also a visual artist. Oh, and a musician, of sorts… (laughs).

C: What are your thoughts about “experimental cinema,” especially from the point-of-view of a mixed race Asian Canadian female artist?

Well, I think i kind of addressed that above, a little. I really do think that perhaps my own hybridity, as a human being has directly influenced my mixing up genres and media in my work. I have always had a love on cinema, but like so many immigrant filmmakers, like so many women, I wasn’t seeing a lot of representation out there of myself, and how I see the world. I don’t think that is a selfish thought, because there are 7 billion people on the planet so what I am experiencing probably has some cross-over with others. I think there are a lot of voices out there that need to be heard, and need to be shared. And conversations have to happen. Seriously, it wasn’t until I was in that castle in Germany, sharing stories with people from all over the world, that I realized how female, how multi-cultural and how Canadian (how west coast Canadian) my point of view was.

C: Can you talk a little about your new feature in the work. a fictionalized account of “The Magical Life of Long Tack Sam”?

I have been working on Shanghai Follies for a long time! Thanks for asking! It has been taking me so long because I feel a lot of responsibility to the material, and, like Long Tack Sam, I want it to be amazing. being mixed race myself, and knowing that difficult history, I am amazed by the fact that this Chinese circus performer married a shopkeeper in a small town in Austria, and traveled the world with her and their children, celebrating the beautiful world of East meets West in a time when there was the Chinese Head Tax in the United States, miscegenation was illegal in many places and there was conflict everywhere. The film is set in 1932, right in the depression, the death of vaudeville, the beginning of movies as the dominant art form, and the rise of fascism. It’s a love story. The story of endurance. And the show must go on.

C: If you have one advice to give to a mixed race filmmaker, what would it be?

Make stuff. I would say that to every filmmaker. It’s hard to say what mixed race means… because sometimes there is a culture clash and sometimes the only difference is gene expression, if you know what i mean. I think that the world didn’t make enough of the fact that Barack Obama was a mixie. And that he grew up with many cultures. It gave him an amazing perspective on the world and how people think. Every day, mixed race people are embodying what it is when cultures, races, differences come together, in all their complexity and possibility.