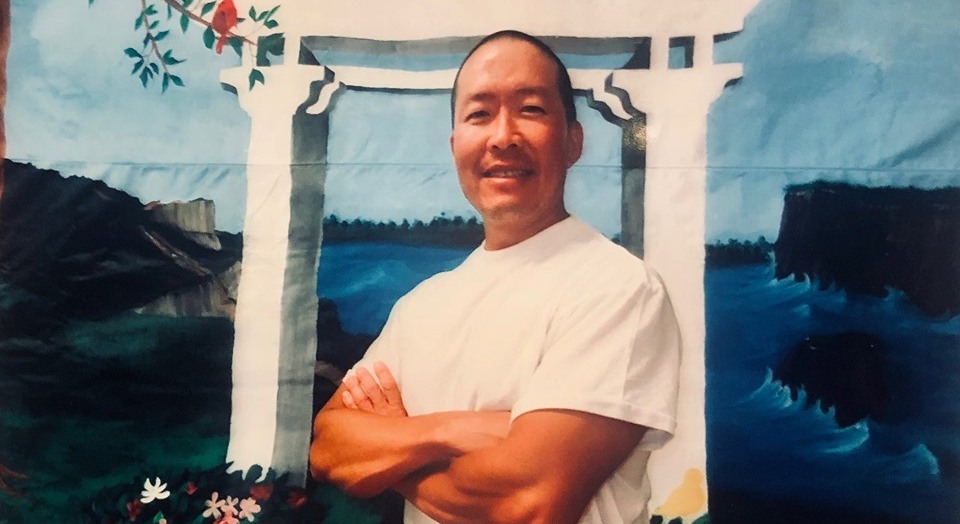 Wayne Lo has been a friend of mine since I first met him close to a decade ago through his art, who speaks from his heart about his life incarcerated at MCI Norfolk prison since 1994. I believe his story and experience has a universal significance for Asian Americans and people living in America. I’m always grateful to him for answering my questions. Thank you, Wayne.

WL: I have never been a Taiwanese or Chinese American as I was never naturalized. I have been ordered deported by an immigration judge a few years ago. it doesn’t really apply since I am serving a life sentence. but yeah, just wanted to make it clear that I’m basically a man without citizenship in prison, but I have never been an American.

The Asian population in Norfolk is at its lowest in many years. I estimate there are maybe a total of 20 here? there used to be as many as 50+. Norfolk is very diverse in terms of race and ethnicity. within the Asian population you have Chinese, Japanese, Cambodian, Laotian, and Vietnamese. we all know each other and while we may not hang out every single day, we do have a close bond.

As you mention in your e-mail that you thought you might have gotten COVID back in January. Can you talk about your experience so far during this COVID time in prison? Do you feel your institute has done enough to ensure the safety of the inmates population?

WL: The prison locked down on April 4th. but it was a state wide order as prisoners were being infected and some unfortunately passed away from Covid at other institutions. we were all tested in late April and there were no positives here. that led me to postulate that perhaps we had Covid since late January. the symptoms I experienced were spot on for Covid, but nobody thought it had reached the US yet. then again nobody passed away here which argues against the possibility we were infected as there are many individuals who are in the extreme high risk categories for mortality. the mitigation done by the prison must have worked since we still do not have any positive cases. the credit goes to staff as they would be the only possible means of bringing the virus into the prison as volunteers and visits had been denied entry since mid March. there must be a couple of hundred staff members who enter the prison each day and thankfully none of them have brought any infections.

In America, there has been many hate crimes and violence perpetuated toward Asian Americans during COVID. Are you or other Asian American inmates affected?

WL: The prison population has the intelligence to realize that the Coronavirus does not infect based on race or ethnicity. certainly I have heard jokes about how “you people brought the virus” but it’s all in jest. I realize that some may actually believe that and is causing the hate crimes out there, but that kind of racism exists without COVID being in the equation.

Do people wear masks now in your community? How has the role of mask wearing evolved at MCI-Norfolk? Is it political?

WL: Wearing a mask is mandatory here. we are issued masks every couple of weeks. certainly there are those who may not feel like wearing a mask at all times but it is hardly a political decision. I make sure to wear one when around other people. it’s just the logical thing to do.

As Malcolm X was also incarcerated in MCI-Norfolk, do you and other inmates draw strength and pride from this historical figure? Is there #blacklivesmatter in prison now?

WL: Malcolm X’s incarceration at Norfolk must be close to 70 years ago. it is an interesting factoid but no one really takes pride in it. I think there has always been an understanding by prisoners about those in power and the systemic racism that exists in America, from the government to the police to the prison system. while George Floyd’s death may have finally awoke the majority of Americans, those incarcerated have always known about it. we hardly need a hashtag to remind or motivate us.

I recently heard about the more humane prison system in Norway where Norway inmates’ living conditions are much higher than American inmates. In Norway, they believe that taking away one’s freedom is enough of a punishment. Inmates can lock their own doors, have kitchen, cook their own food and do their own laundry. How do you feel about America treating our own inmates population? What changes do you want to see in the system?

WL: Norway is a homogenous society. you really cannot compare apples to oranges. as long as systemic racism exists in America, the prison system cannot change because no one wants to see the “other” being treated humanely. the changes that need to be implemented are many.

I guess I’d just ask you to imagine how you would want your own family member to be treated if they were locked up.

How’s your life as an artist going? Any new pieces? What are you working on?

I have not worked on art for a while now. I think I’ve lost that inspiration and drive to create. Will it come back? Don’t really know.

What do you look forward in the future? What is the one advice you’d give someone if he’s another Asian American like you starting out in the incarceration system?

I guess the one advice I would give anyone who may face time is the same advice I’d follow for my future, and that is chapter 56 of the Dao de Jin: “he who knows does not speak, he who speaks does not know. close the mouth. shut the door. blunt the sharpness. untie the tangles. soften the light. become one with the dusty world. this is called profound identification.”or you can just follow what Robert De Niro said in Goodfellas: “Always keep your mouth shut!”